With the announcement of Gboard for Wear OS, Google told us that throughout this year we were going to have more news in its operating system for watches, and Fitbit it could play a huge role in the future of the company’s watches and bracelets.

Earlier this year, the manufacturer Fitbit started a new stage under the ownership of Google. In no time, they introduced two new bracelets, the new Fitbit Ace 3 and Fitbit Luxe, and added the Fitbit product line to the store. Google store

Last February, the Google Store started selling some models of Fitbit smartwatches and activity trackers directly, but so far Google has only added these new products to the United States in its official store. 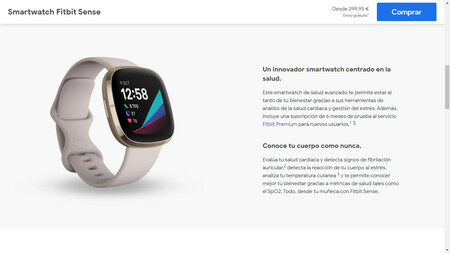 Two months later, Fitbit activity watches and trackers are also available on the Google Store in most European countries, including Europe, France, Germany, Italy, United Kingdom and Ireland. It is no longer necessary to go to the official Fitbit store to buy some of its products, we can buy them directly from the Google store.

The whole purchasing process will be carried out through the Google Store, which will also take care of sending the products to our house with free shipping costs. At the moment, it only sells the four products built into the Google Assistant.

Apple says decision to update to iOS 14 was temporary

Monthly subscriptions are coming to Instagram: here’s how it tries to fight Tik Tok