Google wants to fix battery optimization with help from developers

The Android battery optimization and process management is a mess. To save battery, some mobiles close background apps very aggressively resulting in missing notifications, messages, etc.

Google has been trying to tidy this up for some time, with changes in Android 13, but it seems it’s finally come to realize that it can’t do it alone. Now, Google asks for developer collaboration create new tests that verify that everything works correctly on new mobiles.

Google passes the ball to developers and OEMs

Before a phone receives the necessary certifications to be offered for sale with pre-installed Google services, must pass a series of tests

which verify that the terminal is indeed compliant with the Android Compatibility Def inition document, or CDD. This collection of tests automates the process and is called CTS or Suite of compatibility tests .

Google is in charge of preparing this CTS which, they comment, today has about 2 million different tests, but has just announced that will allow developers to create their own tests so that they can check the aspects that affect them the most. For example, battery management, one of the biggest frustrations for app developers, as it is non-standard and varies from mobile to mobile. 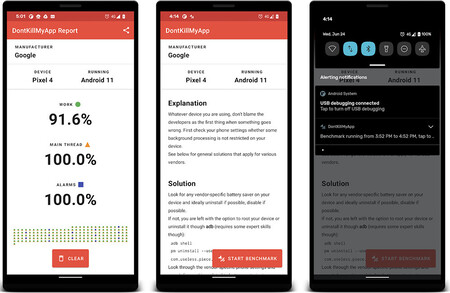 Developers who have an idea for a new test should suggest it in the Issue Tracker, as long as it is a test that does not already exist in CTS and is based on an item marked as required in the Android CDD document. For this first round, Google energy management test collaboration request and it has already received some suggestions like this test from the creator of Don’t Kill My App, focused precisely on that, the unnecessary closing of applications in the background.

There is a problem, and it is these tests will be optional and manufacturers will be able to decide whether they want to pass them or not. Developers of the tests will also be able to run them themselves on their devices, but in the event of failure, Google asks the developers to open a task in the Android Bug Tracker and, after verification by Google, Google “will work with its partners to solve it.”

Google “strongly recommends” that device manufacturers use CTS-D development testing, but it’s unavoidable to think that with this initiative they plan to escalate the issue to makers and developers. The first, responsible for identifying problems and creating tests to locate them. The latter, to solve them if they deem it appropriate. We’ll see how it ends.

The best Steam Summer Sale discounts, from FFVII to Cuphead

The best Steam Summer Sale discounts, from FFVII to Cuphead