One of the Android features that Google will promote the most in the coming months is Share Nearby oh Share with nearby. Google AirDrop goes even further to improve communication between nearby devices.

Currently Share Nearby is used by applications to Share filessuch as photos, videos, links, documents or files, but soon apps will be able to detect nearby devices to create new experiences.

What’s New in Nearby Sharing 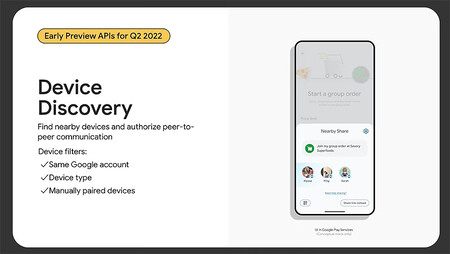 Google wants apps to be able to interact between nearby devices

to perform certain actions, either between the devices of different people, or between our own devices thanks to ultra-wideband, Bluetooth and Wi-Fi technologies.

Google will release a new API so that Nearby Sharing also supports two-way communication between devices, which means that two devices in addition to communicating with each other will be able to share a common task. 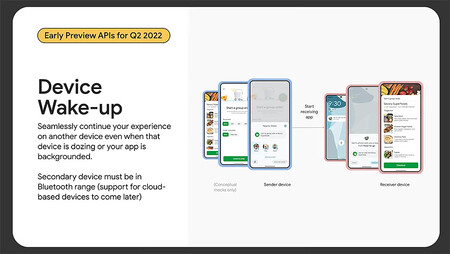 Some new experiences that we can find with the launch of this new improved version of Nearby Sharing are the following: 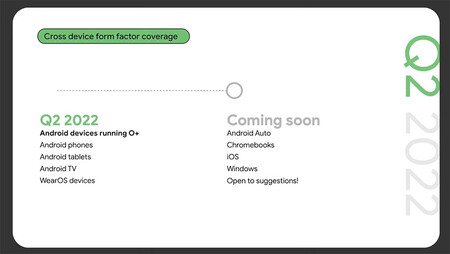 As we see, nearby sharing will be a new way to link apps between nearby devices to perform certain actions. Google’s service will no longer be limited to simple file transfer.

During this second quarter, developers will get a preview of the new Nearby Sharing APIs available so they can start building new experiences in their apps. Will be compatible from Android 8.0 (Oreo), so most Android devices will appreciate this improvement. Google intends to go beyond Android and Android TV and bring the new experience to Chrome OS, iOS, Windows, and other platforms as well.

The company hopes to release these new features for everyone later this year through a Google Play Services update, but the plan is to add this support in AOSP next year starting with Android U.