One of the most striking features of the new Google phones loses its exclusivity thanks to the installation of a simple APK: the magic eraser of the Google Pixel 6 works great on other Google Pixels. We compared it and the results are the same, the processing time is also similar.

With each batch of phones, brands try to differentiate them by adding new features. Whether it’s material or design; without forgetting the software, there is always some new application, or a unique feature, which aims to make a difference

. And Google is no stranger to this strategy, its Pixels offer certain Android features that are not in other phones. As with the magic eraser from Google Photos; even if it lost the exclusivity of the Pixel 6.

Same result as in the Google Pixel 6 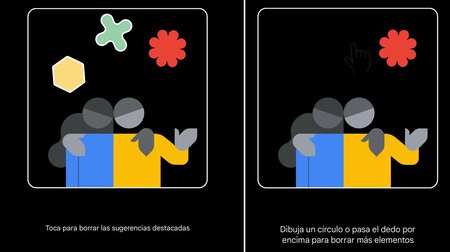 We are currently reviewing the Google Pixel 6, the famous magic eraser was one of the options we tried first. It is a tool included in the Google Photos app that It only appears in one specific version, that of the aforementioned Pixel 6. And the funny thing is that Google didn’t block the draft on this device model: if you install the APK and have a Pixel, the tool appears the same.

For the test we extracted the APK from our Google Pixel 6 and installed it on a Pixel 4a. The specific version is 5.64, it is not patched and can be downloaded from APK Mirror. We used our own APK, but it is possible to add the magic draft with the mentioned Mirror APK file. This, yes, as long as the mobile is a Pixel: the Google Photos tool does not appear on other phones

To have the magic eraser on your Google Pixel, you need to do the following: 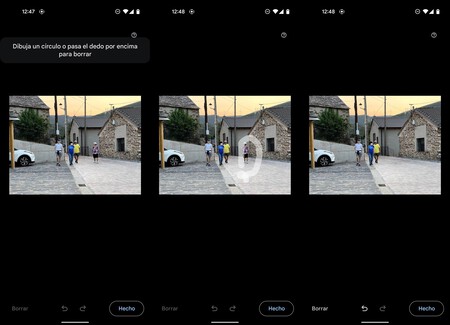 How the magic eraser works

Once you update the app with APK, enter Google Photos and choose the image you want to remove an item from. Click on “Edit”, go to the “Tools” tab and select “Magic Eraser”. Draw an outline around the person or object you want to disappear and Google Photos will work its magic.

Magic Eraser works with any image found in Google Photos gallery, it doesn’t need to be made with a Pixel

The Magic Eraser results are the same on the Google Pixel 6 and the other APK updated Pixels. Even the processing time is similar: our Pixel 4a took the same time to delete objects as our Pixel 6.

features and applications for robotics

features and applications for robotics