How to Remove Ads from Gmail on Android

Do you open the inbox on your Android and receive advertisements in Gmail? Both in text form and with boring maps of huge size: in-app advertising can make it unbearable. Although there is a way to nip it in the bud, we are going to explain it to you.

The messaging application opens the door to a good part of the communications we receive by post, both personal and professional. As is evident, emails are one of the most private aspects of every person; a detail that clashes with one of the most annoying aspects of Gmail: its advertising. Ads don’t make Gmail any less secure, but they do make the app a lot more annoying. Do you want to delete them?

Gmail categories are responsible for advertising 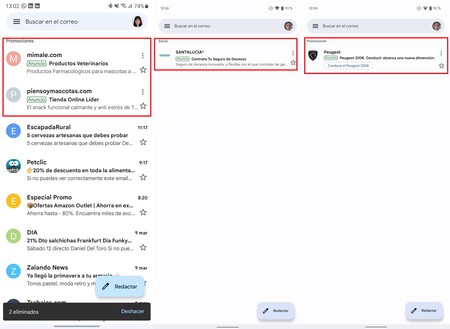 Google has added advertising to Gmail since 2013; initially based on inbox emails, and starting in 2017, Google announced that it was changing the methodology to display ads based on each Gmail user’s web history. In both cases, the result was the same: two or more ads at the top of the inbox, as if they were emails.

Gmail advertising can be in text form and simulate a regular email, although Google also includes Larger Image Ad Cards

(they do not appear for all users). Such cards not only break up the aesthetics of the inbox, but they also make it noticeably more overwhelming.

Gmail adds ads to inboxes only if the user has selected email filtering by categories, an option provided by default in the Android app. If this is your case, and you’re tired of seeing ads in your Gmail, just follow these steps to stop them from appearing: 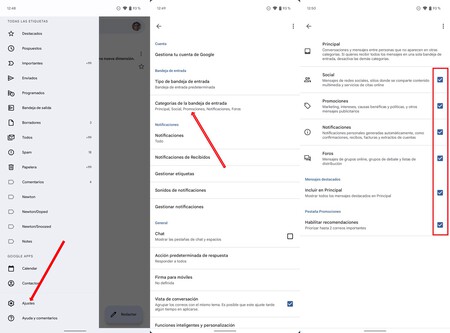 Uncheck Categories and Unify Inbox to Remove Ads from Gmail

Once you uncheck the categories, all emails will arrive in the main inbox, without Gmail filtering them by social topic or promotions. It might sound boring, but it saves you all the advertising in Gmail. It will even help you unsubscribe from newsletters, user accounts and other services that you have never used and can do without.

Our advice is that remove categories from Gmail, unsubscribe as many mailing lists as possible and that, if you have recurring emails on specific topics, you filter them by labels. The more organized your tray, the easier and more private your use of Gmail will be.

Ghostwire Tokyo: An unprecedented gameplay sequence immerses us in a transformed city!

Ghostwire Tokyo: An unprecedented gameplay sequence immerses us in a transformed city!