How to restore our Apple Watch using an iPhone running iOS 15.4 and watchOS 8.5

One of the many new features in iOS 15.4 and watchOS 8.5 is the ability to restore an Apple Watch using an iPhone. A process that can help us fix clock errors that previously could only be done at an Apple Store.

An excellent option in the event of a breakdown

In a new support document, Apple details that from the versions just mentioned we can perform a restoring the firmware of our Apple Watch

without having to go to a store. An interesting process that can correct almost any error.

We should start a restoration process if the Apple Watch shows icon of an iPhone and Apple Watch. The steps for this are as follows: 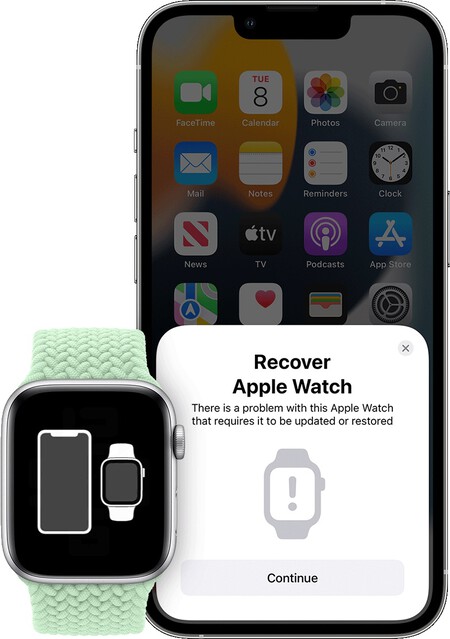 Alternatively, the Apple Watch may display a “!” Red. In this case, Apple tells us that we must press the side button of the watch twice and then follow the steps that we have just seen.

As this is a wireless process, in case of failure, Apple recommends checking the Wi-Fi connection. Especially since Let’s check that the 2.4 GHz network is activated

and that’s the one we use. You should also avoid 802.1X networks or captive networks that can be found in cafes or hotels.

Finally, the company explains that in some cases where the failure is really serious, this new tool may not be able to restore it. If so, the Apple Watch it would keep showing a red exclamation mark on your screen. In these cases, it is best to take the watch directly to an Apple Store.

Harry Potter: For $19 you can destroy Slytherin