how to see athletes in 3D with Google’s augmented reality

They are not 3D animals, but Olympic athletes who, besides being able to watch them compete, can be brought into your living room with the magic of augmented reality. Google has incorporated nine Olympians to the list of items you can see with augmented reality from the browser.

The concept is the same as usual, but now focused on the Olympic Games and with a number of different movements for each athlete. As always, you can take photos or record videos of these animated athletes integrated into the environment with the mobile camera and Google’s augmented reality system.

Which 3D athletes are available

To bring an Olympic athlete to your home, all you need is an Android mobile with Google Chrome and, if possible, with ARCore support, Google’s augmented reality. If the mobile does not support ARCore, you can still see the animated models in 3D, but they will not be integrated into the environment using the mobile camera.

All you have to do is open Google Chrome and search for the athlete’s name. Lots of information will appear, related news, web pages … Scroll through the results until you see the box Far and 3d. 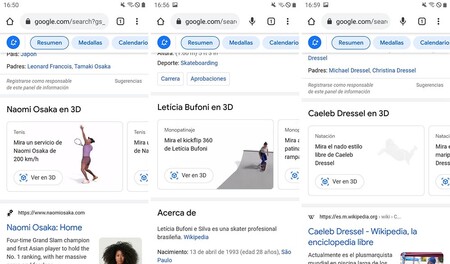 Now what athletes are available? At present there are nine in different disciplines and from different countries. Unfortunately, there are no Spanish athletes, although there is always the possibility that they will be added later. These are the athletes with 3D models on Google, and whose names you need to find:

A novelty of these 3D athletes compared to the previous 3D objects available in Google search is that each of the athletes has a handful of signature moves. You can access it by tapping on the running person icon or sliding the bottom panel up. 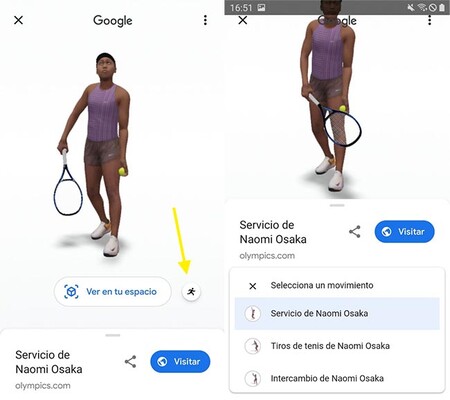 For example, in the case of Naomi Osaka, you can choose between serving, filming, or exchanging animations. In most cases there are three animations, although the German Niklas Kaul has seven animations with different Decathlon disciplines.

If your mobile supports augmented reality, you will see a button called See in your space. After tapping on it, the Google app may ask for your permission to access the camera and storage. Then you need to move the mobile slightly so that it analyzes the space and can correctly position the athlete.

If everything went well, you will see your favorite athlete wherever you point with the camera. You can move and reposition yourself as you wish, until he becomes a giant. If you prefer a little more realism, a button appears called View full size, which resets the scale to standard values. 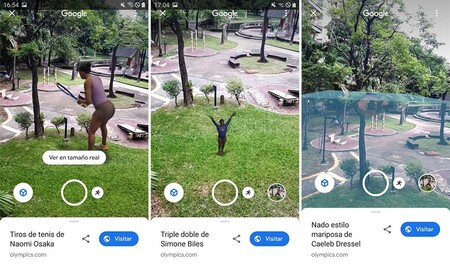 From the augmented reality view you can also switch between the different movements and of course you can take pictures by pressing the shutter button or record videos by holding down the button.

PS2 game boxes were as weird as they were useless

PS2 game boxes were as weird as they were useless