One of the new features of macOS 12 Monterey is that we allow us to share the screen of our iPhone or iPad via AirPlay to the Mac, a very useful mechanism for be able to display content on a larger screen without the need for a television, which is not always available, or cables to connect external displays. Let’s see how to use this useful function.

The ability to use AirPlay on your Mac is one of the many new features in macOS Monterey. An operating system that now allows us receive both audio and video from our iOS devices and display it quickly on a larger screen or play it back on usually more powerful speakers. 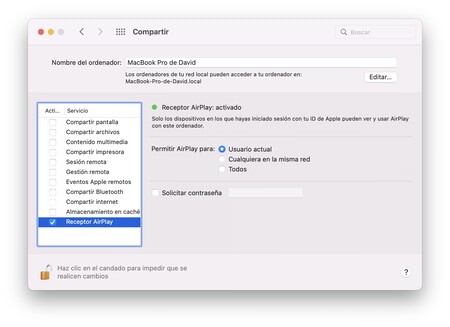 Before getting to the heart of the matter, let’s see which devices support this feature. From a Mac’s perspective, we’ll need a machine from this list:

These computers can be configured as an AirPlay receiving point. So you can receive the signal we share from our iPhone or iPad. By default, AirPlay should be enabled on our Mac, but it’s always a good idea to verify that this is the case. We will do this by following these steps:

It is important to note that, by default, only devices where we are logged in with the same Apple ID that in the Mac, they will be able to use AirPlay with the computer. If we want to change this configuration, we can do it by pressing Air Play Receiver. We will see three options:

Note also that in all cases we can set a password, to prevent unwanted emissions from occurring in certain environments.

As for the iPhone or iPad that we are going to use, practically all models will allow us to use AirPlay, although if we want to take advantage of the maximum resolution, we have to go to the following:

A simple and very versatile system 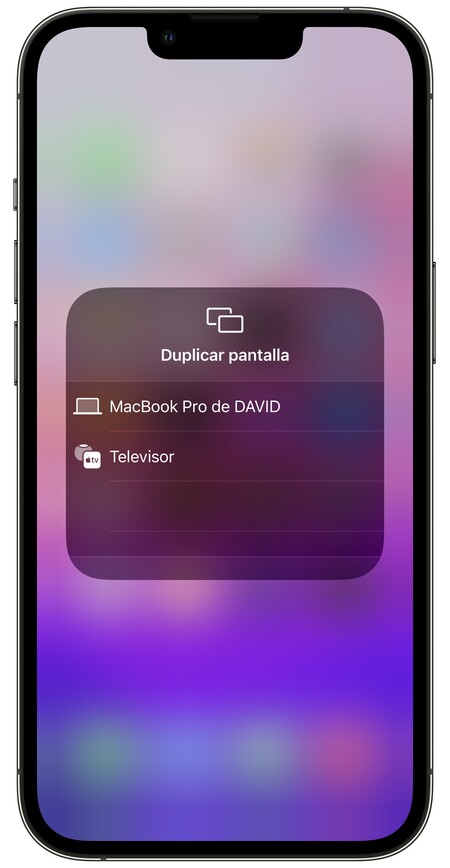 Well. Considering the technical requirements, let’s talk about how to use AirPlay on our devices, The process is very simple. If we want to share our screen, the steps are as follows:

If what we want sharing is the sound of our iPhone or iPad the steps are slightly different. More specifically these:

It’s easy. Whether we want to share our entire iPhone or iPad screen or just the sound, we can do that very easily. A system that allows us to see certain content on a larger screen, and which only requires a few steps.

arrives in December with a 120 Hz screen

If you’re a teenager and have Instagram, here are the new restrictions

will no longer be possible in 2022