Although the Huawei Mate X2 has not officially arrived in Europe, we cannot exclude that the future will. Huawei Mate X3. And it is that, after the Huawei P50 Pocket, everything indicates that it could be the next folding mobile of the Chinese brand. In fact, there are several technology gurus who are already predicting it and even anticipating a good part of its features with which it would go directly to compete with the highest range in the folding sector.

It is Digital Chat Station of its Weibo account which recently revealed some very important data such as its processor, connectivity or battery. And yes, it is true that this is not official information from Huawei to give it all the credibility, but it must be remembered that it is one of the best positioned analysts in this type of information and that it plays rarely to speculate on rumours. 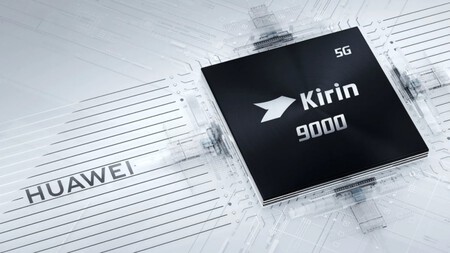 Digital Chat Station has confirmed data for a version of the Huawei Mate X3 that aims to be the 4G, without clearly specifying whether there will also be one with 5G. This second is more than predictable, but sticking to your report, we cannot give any information about it. For this 4G it is specified that it would integrate a chip Kirin 9000 4G.

Following the thread of this leaker, we remember that several months ago he said that Huawei would only produce one more phone with a Kirin chipset to give a definitive step towards Qualcomm chips. So, this latest Huawei with Kirin could be the one, because there is no contradiction in this analyst’s reports, since the company has released different smartphones with Qualcomm since it published the said information.

Other valuable insights revealed by the analyst include a 4500 mAh battery capacity, which would be exactly the same in this section as the Mate X2 presented a year ago. He also said he expects similar characteristics in terms of screen, which would place us with an 8-inch foldable OLED panel with a refresh rate of 90 Hz and a 6.45-inch external display with the same technology. All this with software HongMeng operating system (HarmonyOS) in version 2.0.1.

Its release date could be soon

According to the same filter, the date of presentation of this device could be closer. Although he did not specify a precise date or an approximation, he did Confirmation of TEENA’s registration in China. It is an authority in the Asian country that is in charge of regulating this type of release and brands usually register them when there are a few weeks left before they are made public.

Therefore, it would not be surprising if Huawei announced an event soon. Although, yes, it looks like it will initially be a Version only in China. As we said at the beginning, the predecessor of this Mate X3 has not reached markets like Europe and at the moment we do not have clear indications that it can. In any case, we will wait to see what other surprises this terminal awaits, if any.

In just three days, Fortnite has raised almost as much for Ukraine as the entire country

In just three days, Fortnite has raised almost as much for Ukraine as the entire country