I don’t need super fast charging, I need the mobile to last me two days

Quick charge, this obsession. At MWC 2022, manufacturers like OPPO announced 240W fast charging, capable of recharging a device in 9 minutes. Welcome to these technologiesalthough for years the focus has been lost on the most important thing about a battery: its range.

The evolution of autonomy is minimal in the new generations, and despite the fact that we have screens, processors and components that promise to be more efficient, we still do not have overcome a certain barrier of days of use or hours of screen. I don’t need to charge my phone in 10 minutes, I need it to last me two days without damaging my hair.

The rise of fast charging 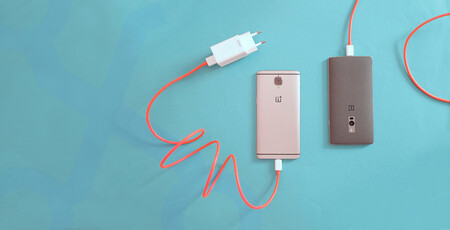 I still remember when OnePlus announced Dash Charge on the OnePlus 3T. This phone had a 3400 mAh battery (an impossible figure these days). It seemed crazy to us that the phone charged up to 60% in just half an hour, even though full charge took over an hour

. At that time, the competition took about two hours to load, so that was a record.

Fast charging has taken heart attack leaps, not allowing time to normalize even 30W. Mobile phones like the POCO X4 Pro already charge at 67W, while the high range is starting to drop to 80W (as in the case of the OPPO Find X5 Pro) and we start talking about 240Wa mad dash.

The good point is how fast fast charging is growing in cheap mobilesAnd it is that almost all the mid-range has at least 33W, with a 2022 bringing them closer to 60/70W. The negative side? No one seems to think about battery life itself.

The mAH increases, but not the autonomy 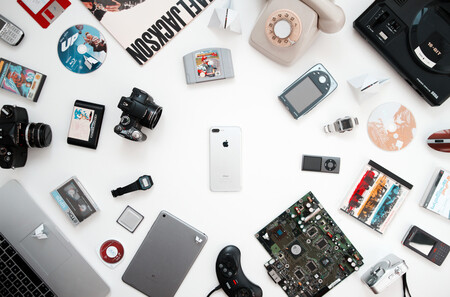 Measuring battery life is not easy, as screen time depends on several factors. This is why it is common to do standardized tests such as call time, web surfing time or media video playing time. Portals like GSMarena do this type of measurement, so it’s easy to compare previous generations with new ones.

Let’s go, for example, to 2016 (an important year for telephony. It was the year of the mythical Samsung Galaxy S7 Edge, the first Google Pixel, the iPhone 7 Plus. 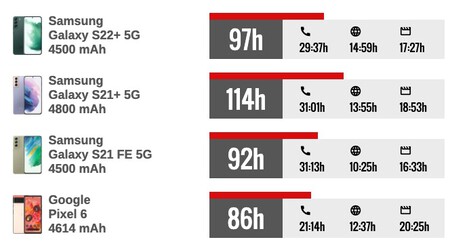 By taking the data from GSMarena, we see that phones like the Huawei Mate 2 or the OnePlus 2 have exceeded, still on paper, 30 hours of call time. According to the same data, mobile phones such as the Google Pixel 6, Galaxy S21 FE or Galaxy S22, or they don’t reach those numbers or, if they exceed them, they do so by very little.

If we don’t want to go to the technical data, we can always resort to the aforementioned screen hours

. If I talk about mobiles that I was able to test extensively, we found that a Google Pixel 2 XL (with its 3520 mAh battery) lasted about 6 hours of screen time, the same as a Pixel 6, whose battery is 4600 mAh.

The same figure was offered by the S7 Edge, which showed between 5 and 6 hours of intense use. Figure similar to S22 Ultra. The top of the range stagnates in these figures, and the mid-range, while generally lasting a bit longer, failed to break the barrier of 10 hours of screen time or two full days of use. There will be terminals that will achieve this, of course, but this is not the norm.

If we record in 4K, abuse mobile data, play demanding proposals and go for cheerful brightness, it’s still as easy to kill mobile mid-afternoon as it was a few years ago. It is true that we have much more powerful equipment and with more and more functions, but leaps in lithography and component manufacturing (at least as manufacturers sell them to us), are generally aimed at improving energy efficiency.

We thus open the debate to know if you prefer a fast charge or that the mobile reaches you beyond a day or a few days of intense use, having to recharge it, therefore, much less and take better care of your battery.

transforming the Nintendo Switch box into something special

how it is activated and what functions it has

how it is activated and what functions it has