15 years have passed since I was sold an HTC Tattoo with an Orange ROM that was not updated to Android 2.3. At 12, I had to learn how to unlock the bootloader and change the ROM, bless this day. Since then, I have not left the tinker, a custom that had its fervent time but which, with the refinement of Android and its added functions, has run out of steam.

Today I want to tell you what I have learned over all these years, some curious anecdotes and how I survived countless bricks to play more than necessary. Changing the ROM on the phone is a wonderful thing, although it carries additional risks.

The Golden Age of CyanogenMOD

This interface was the ultimate for 2011.

The HTC Tattoo was the first mobile I got my hands on. By having a Carrier ROM, has not been updated, and I didn’t even have access to the Play Store. Before Play Store, we had Android Market, and it was not possible for me to install WhatsApp from there. How could I stay without WhatsApp! I found a tutorial on HTCmania and started the process.

I connect the HTC Tattoo to the laptop, open the command console and… I brick it!

I had no idea what I was doing, how would I know at 12 what a bootloader, custom recovery and ROM are? I connected the phone to my old laptop and I started copying and pasting things in the command console.

i tinkered it instantly, could not know. The phone would not go beyond the home screen, known as the boot loop. But we had come to play, so I repeated the process until it worked. The phone got torn with a cleaner, much faster and updated system.

I didn’t understand half of what he says here, but the phone flew.

This last, I thought. It was possible to have a completely different phone just by changing the operating system. It is important to point out that a few years ago, custom phone rom operators, and many were left un-updated, loaded with carrier apps, and working to death.

Since then, it’s been non-stop. I installed CyanogenMOD on all phones, ROMs I enjoyed on Samsung Galaxy ACE, Sony Xperia Type, Motorola Moto G, OnePlus One, etc.

Afraid of bricking? Not with Qualcomm

“The system has been destroyed”? That remains to be seen.

Changing ROMs comes with a risk of bricking, and there are mainly two types here. the boot loop the soft brick which is caused by a minor error in the installation and through which the phone does not pass the lock screen. It is usually easy to fix, since there are no damaged parts in the system.

With a hard brick the phone does not react and you can even miss recovery and bootloader. But almost everything has a solution by searching deep in the forums

But then there’s the hard brick, when you charge your phone and it does nothing, or turn on, or access recovery, or fastboot, or anything. If I have learned anything during these 15 years of putting down roots, it is that, if the mobile has a Qualcomm processor, it is practically indestructible. 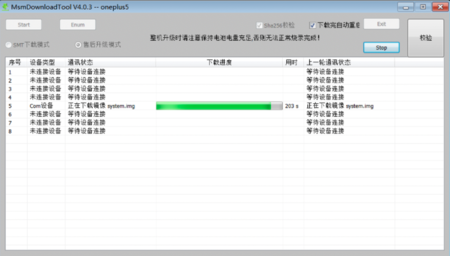 I had to use this tool in perfect Chinese to revive my OnePlus 5.

My first hard brick was in a OnePlus 5, completely dead after installing a ROM like crazy. Qualcomm is a manufacturer that offers much more openness in terms of Drivers

compared to rivals like MediaTek so if you have a popular mobile, there will almost always be a tool to revive it.

This is the case of the Chinese tool that you see above these lines. I connected the phone, it managed to send it the images needed to boot (bootloader, recovery, system image, etc.) and… mobile like new. Although the fear in the body does not take it away from anyone, of course.

ROMs are still fun, although less and less necessary 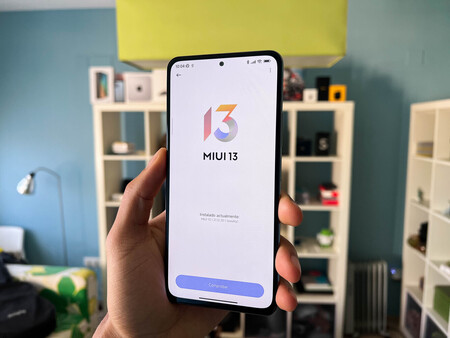 My POCO F3 has Android 12 and MIUI 13 thanks to custom ROMs.

The process of connecting the phone to the computer, opening the control console, unlocking it, choosing the desired ROM… In my opinion, it’s always fun, which gives wings to a system as open as Android.

Android has improved in both performance and functions, so custom ROMs have moved into the background. However, they still have their reason for being

The system has improved a lot and the manufacturers ROMs are complete, but if you like personalization and improving your phone, they are more than recommended. Less load of pre-installed apps, options to improve phone performance, faster updates, etc.

Without going any further, on my POCO F3 I installed Xiaomi.eu, a version of MIUI without bloatware from Xiaomi or Google, and it updates both Android 12 and MIUI 13 before the manufacturer itself updates.

Sale: Say goodbye to your headaches with these revolutionary glasses!