Instagram has announced two new digital wellbeing features for its app that are geared toward teens and that they’ll try to avoid excessive consumption of the same type of contentwhether potentially harmful or not.

The test, which has already started in some countries, will offer users to change theme after watching the same type of content for a while. This update will be complemented by a new reminder to take a break after watching Reels for a while.

It’s time to change the subject

A few years ago, Instagram started integrating some “digital wellbeing” features into the app to help those who want to limit the use of the application with a series of specific tools, such as the warning when a certain time has elapsed in the application or the reminders of the last break.

In a similar vein and focused on teenage audiences, Instagram announced a new type of callback that will start when you appear after spending some time watching the same type of contentWhether it’s potentially harmful could be an excess of “look comparison” as well as any other more innocuous topic, like pictures of kittens. 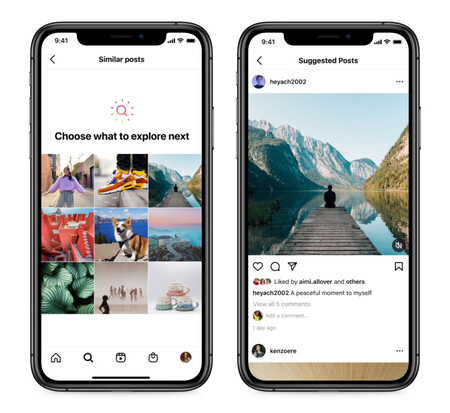 By doing so, Instagram will display a page that tells us to choose what we want to explore next and a grid with nine different types of content

and that they have nothing to do with what we saw before. That is to say that in a certain way, Instagram will invite teenagers to get out of the circle – or the bubble – of content in which they could have entered, sometimes without knowing it.

Another related change will come to Instagram Reels, the home TikTok. While Instagram started testing reminders to pause in-app on regular posts, now reminders to take a break come to the Reels

in the form of videos created by influencers that include a button to activate the function. 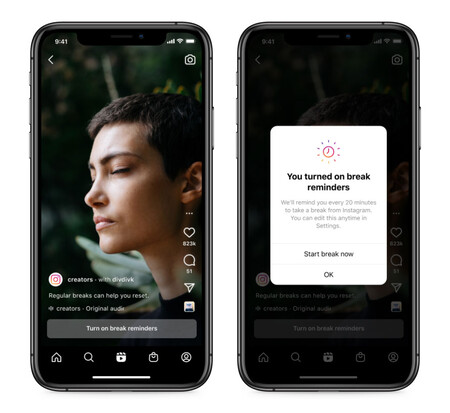 This is an optional feature that when enabled will make Instagram remind us to take a break when the time we selected (10, 20 or 30 minutes) passes. It is not a parental control tool, but a self-control tool, in the end it is up to the user to decide whether to ignore the break reminder or not.

Both of these new ones started arriving today in the UK, Japan, Australia, Ireland, Canada, France and Germany, but they’re expected to arrive to all users before the end of the year.