The DXOMark team placed the iPhone 13 Pro’s camera above that of the Google Pixel 6 Pro in its new ranking.

A few weeks ago, the Google Pixel 6 and Google Pixel 6 Pro were officially presented which, as we saw in the comparison, have little to envy the iPhone 13 Pro Max. This year Google has done everything to try to improve its mobile devices, especially in the ‘Pro’ version of them.

Specifically, the camera of the new Google Pixel 6 Pro is one of the features that Android users have appreciated the most, because the truth is that it has always been an important aspect of Pixel phones, and this year more for the integration of new sensors. However, as our colleagues at Andro4All shared, the truth is that the results are not as favorable as they should be, it is rather lagging behind on some phones

Although the iPhone 13 Pro Max does not win the comparison, DXOMark places it ahead of the new Google Pixel 6 Pro 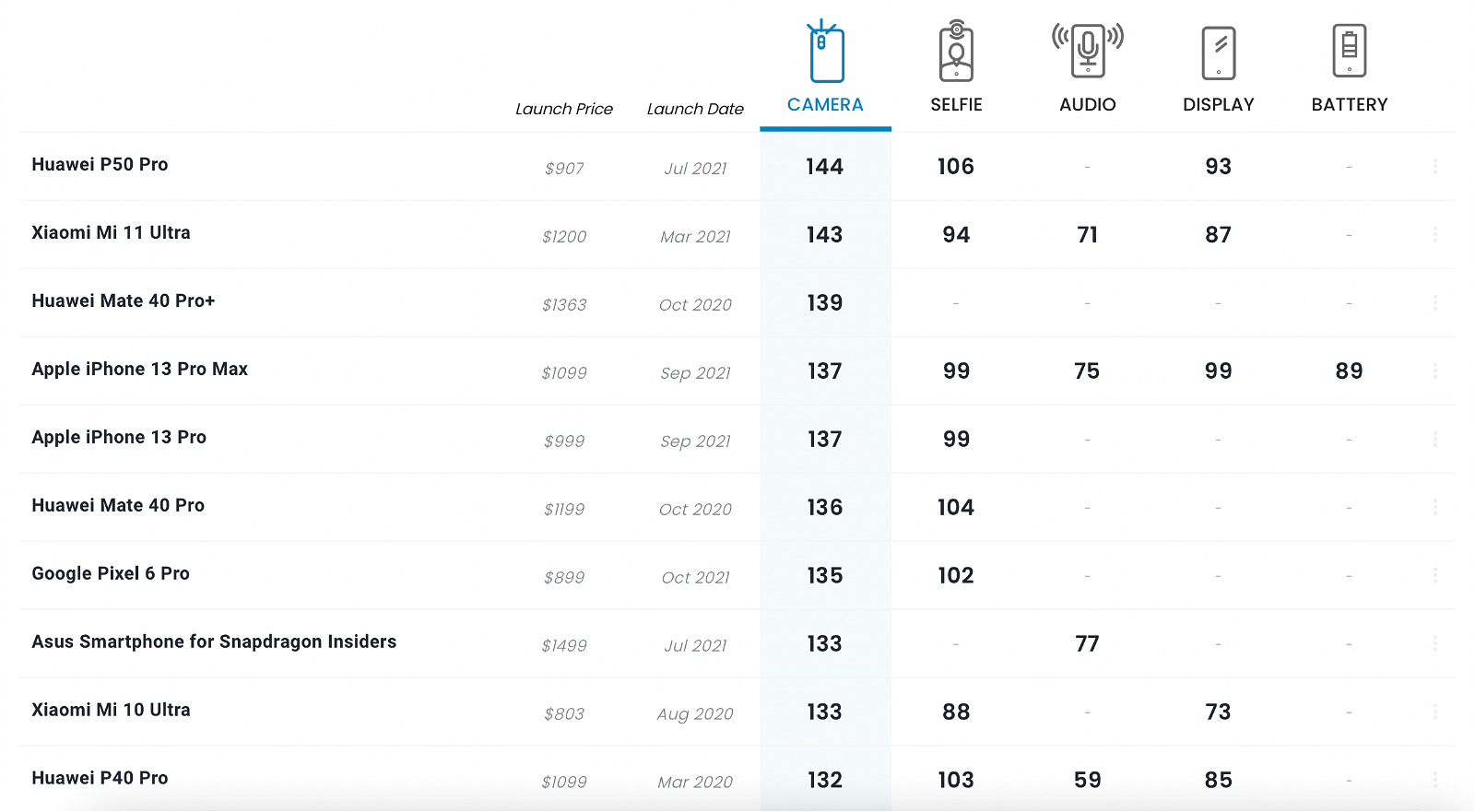 In this case, the iPhone 13 Pro occupies the fourth and fifth sixth of the comparison, while The new Google Pixel 6 Pro takes eighth position, just behind the Huawei Mate 40 Pro. And, while it is true that there are several models before the iPhone, the truth is that there are certain points of the cameras of the Google Pixel 6 Pro that DXOMark team considered negative

This way, if it is true that these are minor failures, the truth is that DXOMark considered them to be something crucial for its ranking, because in the end they are the best mobile devices on the market.. So, although the cameras perform very well, their position in the ranking is not that positive.