Months after its launch, iOS 14.5 and its anti-tracking measures on websites and apps continue to have an impact. Advertisers panicked due to low adoption at trackeo which resulted in these measures. Only 25% of users are estimated to have accepted tracking, severely cutting off one of the main data routes to Facebook.

A “devastating” measure for most advertisers

It was pretty devastating, I would say for most advertisers. The big question is: are we facing short term volatility where we can expect mean reversion or is this the new normal?

The speaker is Eric Seufert, analyst who writes on the Mobile Dev Memo blog. Your opinion reflects what others are also going through

after the introduction of iOS 14.5. A few weeks ago, we saw how advertisers were turning to Android as a result of the new version.

Now at Bloomberg, they’re revealing how users are saying “no” to tracking and its effects. The same analyst estimated the impact of the introduction of iOS 14.5 on Facebook accounts. If only 20% of users accepted tracking, their income would be reduced by 7%. But if only 10% allowed it, the negative impact would almost double, at 13.6%.

The first quarter where Apple’s anti-tracking will be present from start to finish is the third, so it will be necessary to wait until October for the social network to present its results. Of course, it is advisable to take these numbers with caution until then, as there is still a lot left and they may not take into account key aspects that are unknown. 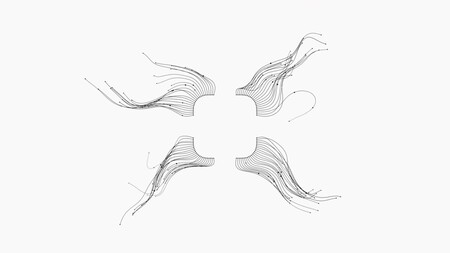 Advertisers are affected in three ways when it comes to use the Facebook advertising platform. Affecting the investment they make in the social network and in their own income. Concretely, these are the three functions:

All of these functions are what advertisers value and pay to the social network. They find this type of information very valuable, which until now was obtained via open bar and without asking the user. Now and due to Apple’s anti-tracking measures, the data is inconsistent. From capturing 95% of sales, the average level is only 57%. And without justifying the sales, you can’t see the return on your investment.

iOS 14.5 does not prohibit this data traffic. Simply gives control to the user of them, being able to decide if you want to share them or not. Something that until now had happened without his consent. It turns out that many users prefer not to be tracked, who would have thought.