Rumors of a Google smartwatch have been circulating for a few years, especially after Google bought Fossil’s Wear OS division. Now the Google Pixel Watch finally seems to be taking shape for an obvious launch, and we have its supposed first official images filtered.

The images, filtered by Jon Prosser, appear to be from an internal presentation, so the quality is not very good, although they do match the quality of the renderings by Renders By Ian and would confirm the name of the device, a Google Pixel Watch circular and borderless display

Until now, everything we knew about Google’s first smartwatch was guesswork. Time and time again it was rumored that the device could be prominently announced, which to date has yet to happen. According to TheVerge, almost done in 2017 in which they ended up becoming the LG Watch Sport and the LG Watch Style, but the smartwatches did not convince Rick Osterloh to include them in the Pixel line.

Two years later, in 2019, the fate seemed sealed after Google seized Fossil’s intellectual property related to smartwatch technology and part of Fossil’s research and development team, but the Pixel Watch was still in reach. missing. . As if that weren’t enough, at the start of the year, Google bought Fitbit. However, according to the Insider report, the new Pixel Watch would be developed by an independent team separate from Fitbit. 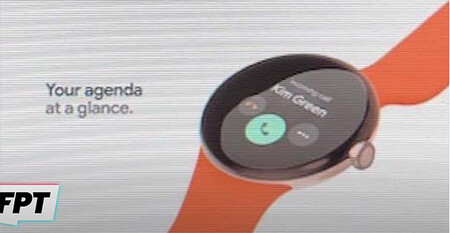 Under the code name Rohan, the slides shared by Jon Prosser would confirm that the Pixel Watch it will actually be called Google Pixel Watch, unless there is a change in plans between now and the final version. A launch, moreover, which is still scheduled for the first quarter of 2022. The launch continues, according to Jon Prosser.

The slides show us a circular smartwatch, with a borderless display and a button / crown on one of its sides. Hopefully it works with Wear OS 3 and in the slides we can see some of its features like calls, a heart rate monitor, different spheres, or a map with a route on the watch itself.