I’ve been trying to complete a collection of Android pins for ten years, which is said to be soon, but let’s go in parts. If you’ve never been to a Mobile World Congress in Barcelona, ​​you probably won’t know what I’m talking about. Google is one of the exhibitors attending MWC and while they usually don’t show anything new at the show, they are some of the biggest and the pins are to blame.

Every year, Google distributes different Android pins for pits of the fair and the participants who make the complete collection can take home a gift. Servant has been going to MWC since 2012 and this is the first year I have had the full collection. That’s how this curious game works and that’s how my experience has been.

10 GOOGLE APPS THAT COULD BE SUCCESS

Since 2012 accumulates pins without success 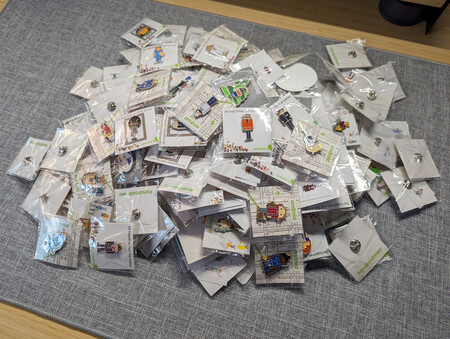 Almost a decade of failures 😭

My first MWC was in 2012, when it was still standing in Plaza España, and one of the first things i learned was what about android pins. As I said, Google distributes them between the stands of the different brands and you must collect them to win the prize.

The price each year changes. I hardly remember it, but I do know that in 2019 they gave away a Google Home. Of course, gifts are limited. For example, this year you could take a backpack if you were in the top 100, while if you were one of the first 700 to collect it, you would get a wooden wireless charger.

Someone spread a rumor that, in addition to the official price, Google was going to give 10,000 dollars to the first to get the complete collection. You can imagine who got it wrong.

In fact, I remember in 2012 I was told a story about the previous year that blew my mind. Apparently, someone spread the rumor that, in addition to the official price, Google was going to give 10,000 dollars to the first to get the complete collection. You can imagine who got it wrong. 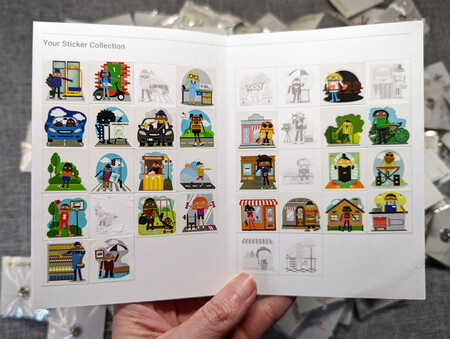 The year I almost had it.

But it’s not just about accumulating pins and that’s it, first you need to go to the Google booth and pick up the Android card or passport. It’s like a little notebook in which you have the map where they are distributed and a section for stick on the stickers provided with each pin. Once you have all the stickers, you can go get your gift.

And finally I won 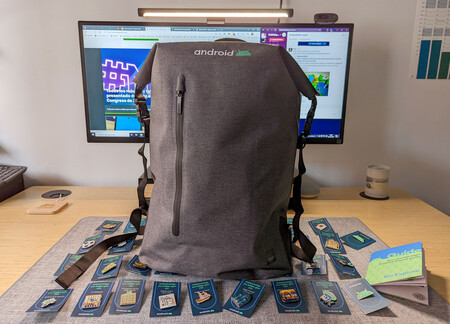 The prize this year was this beautiful backpack from the Knomo brand.

I have to admit that every year I said “come on, this year I’m going to have it”, but in the end I stayed halfway and never had time to finish them all. It’s not as easy as it looks because not all pins are available on day one, but some can only be found after day two. This, added to (even if it doesn’t look like it) at the MWC there is a lot of work, results in a few half-baked collections.

This year, several factors worked in my favour. First, almost all the pins were concentrated between the Google booth and Hall 3, where we spend the most time since that’s where the biggest brands have their booth. Also, this year’s collection was smaller than the others. A total of 35 pins, 25 the first day and 10 the second. To give you an idea, there have been editions, like that of 2016, where you had to collect 84 pins.

This year, collecting was easier than others; there were fewer pins and they were concentrated between halls 2 and 3.

In addition, each collection has a theme. There have been professions, sports and much more. This year, Google has opted for more artistic pins that represent 35 corners of Barcelona such as the Tibidabo amusement park, Park Güell or the Picasso Museum. I would say this is the finest collection of anything I have seen so far. 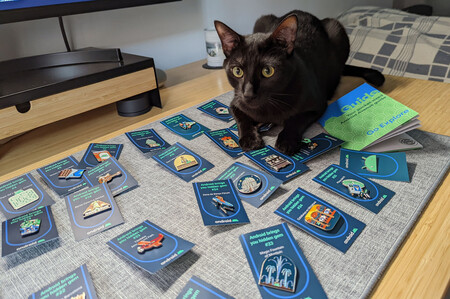 On the second day of MWC, I arrived at the fair around 9:15 am and there was already a queue to collect the gift (it opens at 8 am), so I’m not lying when I say there’s a lot of interest in getting all the pins. Around 9:30 am I already had the ones I needed and I was getting ready to pick up my gift. I got lucky and there were still some backpacks left, so I took that, the wireless charger, and two pins from Andy. Later they told me that at 10 they were all sold out so it’s not just about getting them all but getting it before everyone else (or at least being in the top 100 ). 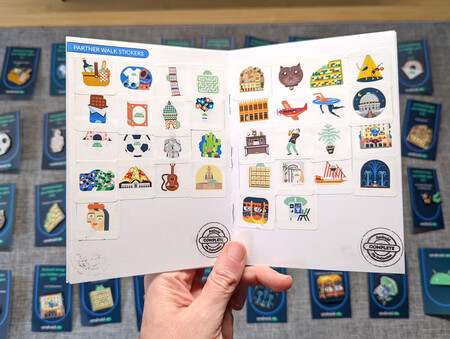 One of the most curious things you can see at MWC is pin trading. The hostesses in the stands discuss it with the participants, senior executives looking for the missing pin… Everyone plays.

Like I said, Google usually doesn’t feature anything, but with this game they manage to grab everyone’s attention. Also, to get the pins that are on their stand, you have to participate in different demos, so that they publicize their products among the attendees. Without a doubt a most ingenious marketing gesture which is already a tradition at the MWC.

From Lord of the Rings to X-Com, these board games have app support