Uninstall and reinstall WhatsApp it’s a risky sport since all your messages depend on restoring from backup working smoothly and what’s more WhatsApp limits verifications for the same account. If you try to verify a number multiple times, you will have to wait hours or even days to do it again.

However, if you have Android 10 or higher, there is a trick to uninstall and reinstall WhatsApp at will without losing your chats or having to verify your account

. It’s as simple as choosing to keep your data, which apps can take advantage of Android 10 for just that, to make reinstalls easier.

Uninstall and reinstall at will

Let’s say I’m using WhatsApp Beta and want to try something on the standard version of WhatsApp. Since this is a later version, the easiest way to downgrade is to uninstall the new version and install the old one, which usually involved from scratch

That is to say, you had to re-enter your account and verify the phone number with a text or a call, you can then download all the messages from the Google Drive backup, which takes some time. A major waste for something relatively simple, and it really is that simple as long as you have Android 10. 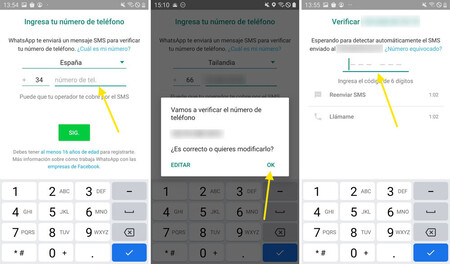 You save this, which is not little

What should you do? Just check the box Retain app data

, which will appear when trying to uninstall the app. If you have Android 9 or earlier, this option does not appear and uninstalling WhatsApp deletes all data.

By checking the box, Android keeps WhatsApp folders intact where all data is included, including databases and files. In other words, basically everything remains as it was and the only thing that is removed is the application itself. 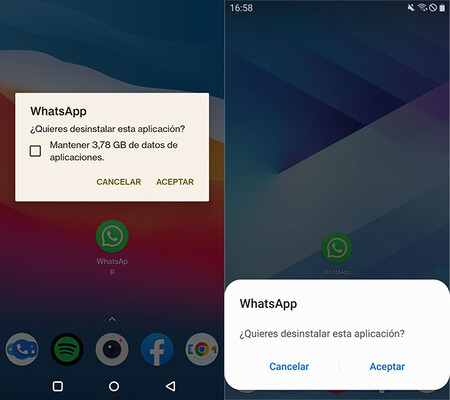 The magic comes when you reinstall the app. As soon as you open WhatsApp after reinstalling it it will always be the samewith your account and your chats, without any configuration or verification.