Lost Light for Android, the new third-person shooter, will begin testing at the end of January

NetEase recently announced the launch of a new mobile game in its already comprehensive catalog: Lost Light begins its journey to phones with a closed beta starting in New Zealand and Australia. After this beta version, the aforementioned game will land on Android, also on iOS.

It’s not just on Android, we’re just shooters since we have a big collection of them. First person, third person, online, with a story, in the form of a battle royale

… And with a nice graphic design, that smartphones present a visual aspect that is not too far from what we can see on the console (logically save distances). However, there is always room for a new title, like Lost Light, the next thing from NetEase. This arouses great expectation. 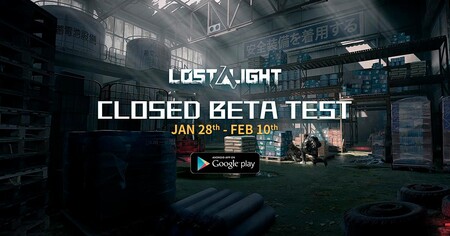 For the moment we do not know too much about this new NetEase title since its presentation is extremely recent. The developer is expanding the games it offers on mobile phones with a third person shooter with a special focus on survival

. On paper, it’s an evolution of another of NetEase’s games, Badlanders.

Lost Light will offer fast-paced games in a hostile environment where you will have to survive through alliances, battles and, of course, also some doses of infiltration. Search for supplies, location of hiding places to avoid being located, trade with other players, personalization of the equipment and of a large armament made available to competitors, all in great detail. In fact, NetEase places special emphasis on how you recreated key aspects of the game

, from weapons to scenes.

We will still have to wait for it to be available to download Lost Light, but we can open our mouths by going to the pre-registration page: NetEase will quickly notify that the game is available for download. In addition, Closed beta will start on January 28; first in New Zealand and Australia.

Lost Light for Android, the new third-person shooter, will begin testing at the end of January