WhatsApp announced at the Samsung Unpacked event that a new feature is currently being released, shortly after the launch of the sticker packs push. It is a tool to facilitate the migration from iOS to Android (and vice versa) of all our chats, photos, voice notes and more. Called Smart Switch, the system will first debut in Korean devices, then be rolled out to the rest of Android and iOS.

Smart Switch, a tool to migrate all our WhatsApps

Your WhatsApp messages belong to you. This is why they are stored on your phone by default and cannot be accessed from the cloud like other email services. We’re excited to be able to allow users to easily and securely transfer their WhatsApp history from one operating system to another.

WhatsApp Product Manager Sandeep Paruchuri presents this this new feature of the popular app mail. With it, they claim to face one of the most insistent user demands, which they finally managed to solve. To do this, they worked with different manufacturers and operating systems. 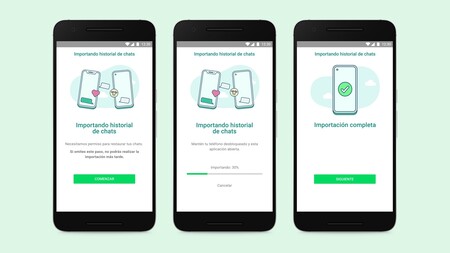 From the company, they indicate that the messages are end-to-end encrypted and are stored on the device. This requires additional work compared to other services that work in the cloud. Now, after hard work, they finally have the out-of-the-box feature dubbed Smart Switch.

Chats, conversations, groups, images, videos and voice notes can be migrated from one platform to another

Until now, users had to resign themselves to losing the history generated within WhatsApp. Switch from one platform to another it was supposed to start from scratch, even if we keep the phone number. Of course, there were solutions through third-party apps, even though it was an arduous process in which the user had to trust all of their data.

Samsung terminals first, opening to iOS and the rest of Android later 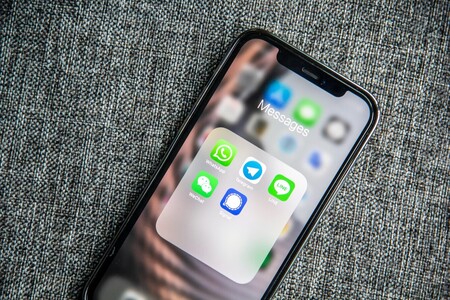 During the presentation of Samsung, we will see new models from the Korean firm. The new Galaxy Fold will be the ones who will publish this feature. With him, they hope to make the migration from an Apple iPhone a bit easier.

Subsequently, WhatsApp guarantees that the rest of Android brands and models will integrate this tool. And finally, the iPhone will come. Thus, after a few weeks, any user will be able to switch from iOS to Android or from Android to iOS by taking their WhatsApp with them.

WhatsApp mentions conversations, images and voice notes as examples of the content we may retain. Failing to see the tool and how it works, this is good news for users who decide to jump the fence from side to side.

Get up to three FREE games for your PC