Mimestream, the ready-made Gmail client for Mac with M1 chip: App of the week

If you use Gmail as your primary email service, you can belong to one of two major user groups: either you use the official Google email site or you set it up in an email client to use locally. . For those of you who prefer the latter, there’s a new macOS app to pay attention to: Mimestream.

This program seeks to be a client who Combine Gmail’s web-based usage mode with optimized Mac performance, uniting the best of both worlds. And right now, even though it’s in the development stage, it’s doing so at some level.

Gmail, but fully optimized for the latest Macs

We can define Mimestream as an adaptation of Mail to Gmail uses: in the sidebar we see the main directories of our account, but we have moved from displaying folders to displaying labels. These, in addition, respect the original colors that we attribute to them from the web even if they are personalized. This makes the learning curve if you are coming from the web virtually zero. 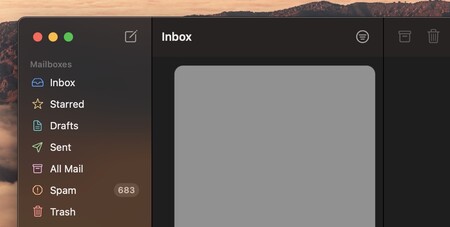 Gmail, but if Apple had developed it with its own native application

The interface adapts smoothly to dark mode in macOS, and its terse but functional animations make it easy to use email. There is support for using multiple accounts from Google (authentication is done via the web, which is handy for security), and even the signatures you set up via the web sync with the client. Mac’s system gestures are also present, and you can choose to use Gmail’s own keyboard shortcuts or Mail’s on macOS. 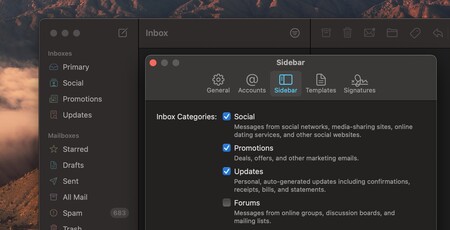 You can even turn on Gmail’s smart inboxes to automatically filter out the main types of mail that come to you.

And what I like most: Mimestream is here prepared and optimized for M1 processors. It performs better on my Mac mini than any other email client I’ve seen with Gmail, and in my account I get dozens of messages a day. The synchronization is very fast and the developers make sure that the confidentiality of everything that goes through the app is guaranteed. In fact, the program is able to detect the pixels that certain emails use to record our activity.

It is, what is clear, as if Apple created Gmail and designed a native client for Mac. Very well done, with excellent performance and with all the options that any heavy Google mail user demands.

Mimestream is in beta, so you can use it for free as long as the tests last. You just need to go to its official website and leave your email address. The developers have already confirmed that the final, stable version of Mimestream will have an unknown price at this time and will be distributed through the Mac App Store. To run it, you will need macOS Catalina or a later version of the system.