Apple is in the middle of two very important transitions. On the one hand, we are witnessing the shift from Intel processors to Apple silicon processors, with impressive relevant improvements. Meanwhile, on the other hand, we are witnessing the arrival of mini-LED screens in a panel technology strategy that will give way to micro-LEDs from 2023, according to renowned analyst Ming-Chi Kuo.

According to the analyst (via 9to5mac), Apple is currently focusing on supplier diversification and reducing production costs for mini-LED displays. Kuo claims that Apple is “Active search for second suppliers for key mini-LED components”

, which will allow you not to depend on a single company and, at the same time, to be able to negotiate better prices.

Even with the presentation and launch of the 12.9-inch iPad Pro M1 with mini-LED display, Ming-Chi Kuo hopes that Let MacBook Pros increase demand for mini-LED panels. Indeed, expect 20% year-over-year growth in 2021 and 2022 in Macs and, therefore, in this class of slabs.

We believe it is MacBooks, not iPads, that are behind the Mini LED panel shipments. MacBook shipments haven’t grown much in recent years. However, we expect MacBook shipments to increase significantly by 20% year-on-year, or more in 2021 and 2022, due to the adoption of mini-LED panels, Apple silicon, and completely new designs.

This trend of mini-LED displays will also be joined by the next generation iPad Pro M1, which They will extend this class of slabs to the 11-inch iPad. We also hope that this class of screens will eventually reach the MacBook Air with M2 from 2022. 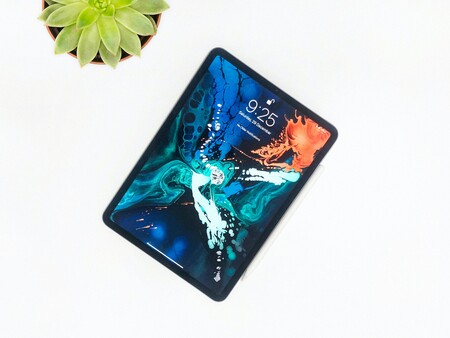 Ming-Chi Kuo predicts that between 2023 and 2024 “there will be a considerable reduction in manufacturing costs of micro-LED panelsAccording to the analyst, if the adoption of mini-LEDs is successful, the means of R&D in micro-LED will favor its arrival.

We believe Apple is developing Micro LED technology, but the production schedule is not yet confirmed. We also believe that if Mini LED is successful, it will help more companies to invest in Micro LED design and R&D, and help achieve Micro LED mass production.

Despite some rumors of OLED displays, Apple’s ultimate idea is that the iPad Pro and MacBook have micro-LED displays, a technology which, although it shares a similarity in name with mini-LEDs. , is much more advanced in several key respects such as consumption, brightness, contrast of blacks and so on.

As we already said at the beginning of the article, quite a transition in terms of screen technology that will mark a before and after in the way we enjoy our devices and the content we see on them.

4K and 60FPS for a brutal result