mobiles with which you panicked in your day

It was in 2013 when Samsung announced what would be its first mobile with a curved screen. They called it the Samsung Galaxy Round and it had a sort of tile shape we’ve never seen before. Well, not until now. The Galaxy Round was one of a kind.

The announcement came just weeks before that of the LG G Flex, another mobile with a curved panel and which we also panicked with at the time. However, unlike its direct competitor, the Galaxy Round never reached Spanish stores. Let’s see what he offered.

Technical specifications of the Samsung Galaxy Round

Its specs may seem somewhat limited today, but in 2013 the Galaxy Round was a top of the line in its own right. Had the Snapdragon 800, 3 GB of RAM and a 5.7 inch AMOLED display. By the way, the size was big enough for the time and today it would be an almost compact and undoubtedly very light mobile.

Its specs may seem somewhat limited today, but in 2013 the Galaxy Round was a top of the line in its own right.

Continuing the specs, we see a 13-megapixel rear camera and a 3-megapixel front camera. It had 32 GB of expandable capacity with MicroSD, a 2,800 mAh battery (removable!) And a fairly complete connectivity profile, all under the control of Android 4.3 Jelly Bean.

As we said, the Galaxy Round did not reach Spanish stores (in fact it did not leave Korea), but its approximate price was communicated at launch and no, it was not cheap. since it costs around $ 1000, more or less like a high end now.

What was special about the Galaxy Round? 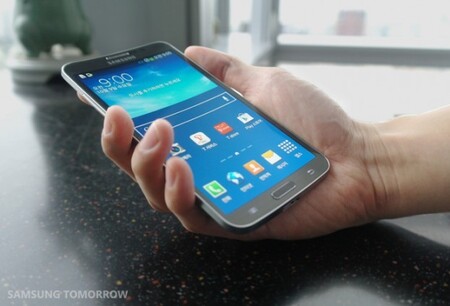 The differential point of the Samsung Galaxy Round is obvious. Unlike the LG G Flex, the curvature is on the vertical axis and that, According to Samsung, it has significantly improved the ergonomics when holding it or talking on the phone. We have not been able to prove it for the reasons we have explained, but we cannot avoid doubts on this point.

Samsung wanted to justify the shape of the Galaxy Round by offering additional features such as Round Interaction. With the mobile on the table, tilting or swinging it had notifications waiting to be read. It reminds us a bit of the “edge” functions that were included in the screens of the Galaxy Note or the Galaxy Note Edge, which was the next launch with a curved screen after the Round.

Is there such a thing today? 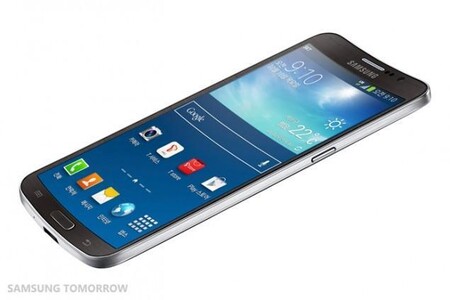 The answer is clear: no. The Galaxy Round has passed as a rarity in the mobile landscape and the like. Samsung did not launch it internationally and did not take the gamble of renewing it the following year as LG did with the G Flex (although it remained there). However, as we said, the Galaxy Round was the germ of the curved displays that have dominated the Samsung catalog ever since.

First it was the Samsung Galaxy Note Edge and then they started with the curved screens on both sides or just “edge”. The Galaxy S6 Edge was the first to adopt this surname, which would stick to the S7 range. With time, Samsung minimized side curves until almost its demise, although along the way they almost became a design trend that was adopted by more brands and that they continue to maintain today, although it has become clear that they are not the most comfortable.

Perhaps the Galaxy Round would remain an anecdote, but in a way it was the cornerstone of the riskiest proposals we see today.

The Samsung Galaxy Round is the most hooligan Samsung, the one who experimented with new formats at a time when smartphones were almost newcomers. Currently, they continue to bet heavily on new formats, but the curved screens have been left behind and they are directly dubbed with the Galaxy Fold and the Flip. Perhaps the Galaxy Round would remain an anecdote, but it was sort of the cornerstone of the riskier proposals we see today.