CE Brands is in the process of purchasing eBuyNow which, for those with good memories, was the company holding the rights to operate the Motorola brand as a smartwatch, behind the latest third-generation Moto 360. In a presentation of the company’s plans for this 2021, they underlined their intention to launches three new Motorola smartwatches.

Few details on Motorola brand new gadgets are known, although we have estimated dates and names. These would be models of the series Moto G, Moto Watch and Moto One

and they would see the light in June and July of this year.

New Motorola smartwatches on the horizon

The Motorola brand still exists. Motorola was originally Motorola, until Google bought the mobile division in 2011 and sold it to Lenovo in 2014. In 2019, the virtually unknown eBuyNow took over. the license to use the Motorola brand in the smartwatch category

, being behind the third generation of Moto 360.

Now CE Brands is in the process of acquiring all operations and assets of eBuyNow and, in an investor presentation, details plans to gradually expand product diversification: water purifiers, smart lights, cameras. security, and beyond. Motorola brand smartwatches. 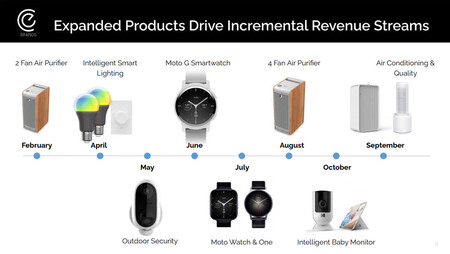 and two more in July, from the Moto Watch and Moto One series. Unfortunately, we don’t have more details on this than can be seen in the screenshot above.

What is it and how does it work?

What is it and how does it work?