Fans of Ted Lasso can now purchase the merchandising official from the Apple TV + series. The fictional soccer team led by this eccentric coach is now a little more real thanks to mugs, t-shirts, stickers, bottles and more. Of course, those who are interested can only complete their order from the United States.

Equipment for the most Ted Lasso fans

AFC Richmond is the team Lasso leads in Apple’s acclaimed series. We see in all the chapters the usual equipment of their players, coaches and stadium. Now his production company Warner Bros has decided to put it up for sale in a fan shop.

The Richmond 2021 equipment is finally here.

T-shirts starting at $ 20, $ 42 sweatshirts, $ 15 mugs, and $ 5 stickers are some of the items that those who reside in the North American country can purchase. The clothes can be chosen in different colors, while the cups are in two sizes. The official team cap stands out, which costs $ 34 and is not yet available. 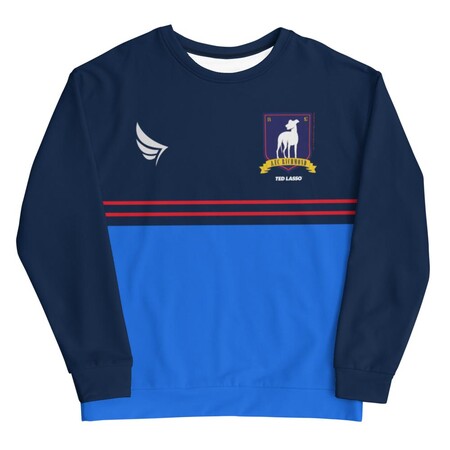 This series will launch its second season on July 23. We will see AFC Richmond Coach fight to bring the team back to the first division. Of course, this turned out to be a great series that instilled optimism in everyone who saw it.

Ted Lasso is the first series to be sold merchandising official. And this is perfect for the abundance and variety of products that we see throughout the chapters. It’s a shame that the shipments are not international.

Fire TV Stick: On Amazon Prime Day from only 19 dollars