At the beginning of April, Nokia officially presented three new families of terminals. The more modest of them debuted with the Nokia C20 and C10, two entry-level models with Android 11 Go Edition and a very low price. Later, the Nokia C20 Plus was added to it, with more RAM, more battery and more cameras.

The last incorporation into this baseline From the manufacturer is the Nokia C30, which has just been officially announced alongside the Nokia XR20 and various headsets. This new model shares some features with its siblings, but improves on others, such as the rear dual camera, larger screen and 6,000mAh battery.

Up to three days of battery life on a single charge 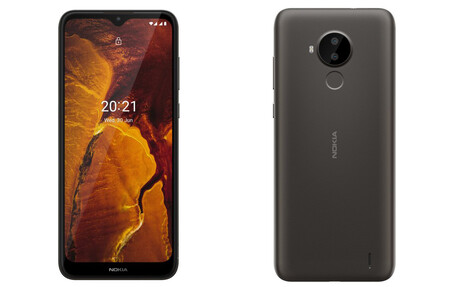 Under a robust polycarbonate casing, the new Nokia C30 brings two important novelties to the catalog of Nokia smartphones, because it is the manufacturer’s model with Bigger battery (6000mAh) and bigger screen (6.82 inch) up to date.

Nokia does not specify which processor model this model mounts, but it does detail that is eight-core and operates at 1.6 GHz. It comes with two RAM options (2 and 3 GB) and two internal storage (32 and 64 GB) expandable with a MicroSD card up to 256 GB. As an operating system it comes with Android 11 Go Edition.

In the photographic section, the new Nokia C30 has a 5 megapixel front camera and a rear camera consisting of a 13 megapixel main sensor and a secondary 2 megapixel sensor. The rest of the important features are rounded off by a rear fingerprint reader, facial recognition system, Dual SIM function and FM radio.

Forza Horizon 5: Playground Games gives us a taste of the lush settings of the game

Reggie Fils-Aime discusses his last day at Nintendo of America

Reggie Fils-Aime discusses his last day at Nintendo of America