Now all that’s left is for one big dare

Some say that today all Android phones are the same. There are exceptions, yes, like a handful of foldable phones, some slightly outdated gaming phones, and a few with a stylus, but the truth is the rest is very similar: screen on the front, cameras on the back and that’s it. Gone are the crazy designs of the early days of Android, just like things like fully slide-out physical keyboards.

Android was born as a camera operating system, very focused on physical buttons and although it switched to touch after the arrival of the iPhone, mobile phones with a physical keyboard abounded in the early days of Android , when Android wasn’t really ready for them. Now, Android is more ready than ever for physical keyboards but simply no one dares with the idea yet.

At first, Android was very crazy

Nowadays it is very difficult to distinguish one mobile from another, unless it has a particularly unusual design, as is the case of the Google Pixel 6 or it is a special model , like a Samsung Galaxy Z Flip. The rest is basically the same: a rectangle just over 6 inches. But it has not always been so.

In the early days of Android, we had square phones, like the Motorola Flipout, phones with “console controls” like the Sony Xperia Play, with a 3D screen like the LG Optimus 3D, and even with a built-in projector, like the Samsung Galaxy Beam. A recurring idea that wasn’t hard to come by in those early years of Android was the mobile phones with sliding QWERTY keyboard 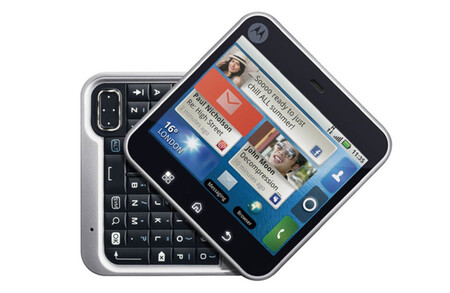 Early Android cellphones had to freak out, like the Motorola Flipout

The idea was far from new, but it was popularized before Android by models like the Nokia E90 Communicator or, if we’re looking for something weirder, the Sony Ericsson P910. When touchscreens – if they were touchscreens – were still working fairly regularly, finger tapping wasn’t the best option.

With screens that were ridiculously small and responsive to touch in their own way, it wasn’t uncommon to find physical keyboards on “pre-smart” phones or pens, like the Nokia XpressMusic. When Android arrived touchscreens were a bit more reliable and the ability to use the virtual keyboard was opened up, although the physical keyboard was still very present. 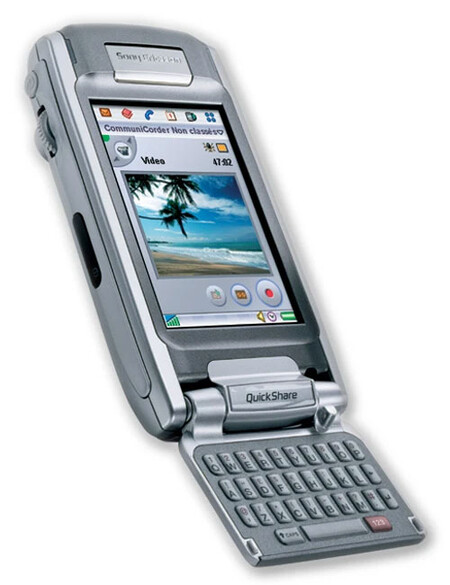 The idea came from before

After all, when a mobile phone like the HTC Hero with 3.2 inch screen displayed a virtual keyboard on the screen, there was barely room to see anything else. With a separate physical keyboard, the screen is not “covered” by the keyboard when typing.

The hardware was there, but the software was not.

Mobile phones with a QWERTY keyboard were not lacking in the early years of Android, although it is also true that the number of models launched in the world was quite limited. The hardware, the buttons themselves, and the hinge and deployment system have been totally perfected since the idea has been in use for years, but Android support was average.

With the exception of a few BlackBerry inventions, the vast majority of slide-out cell phones are sideways, requiring the application to be used in landscape mode. Not all messaging apps or social networks allow using them h orizontally, so on some occasions you were forced to write aside 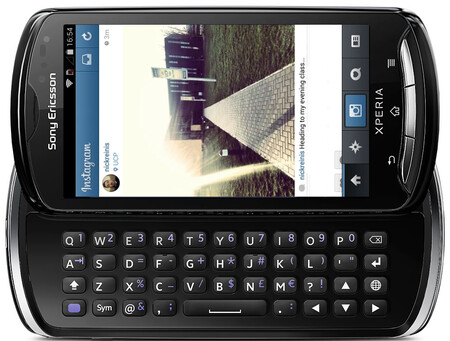 Some apps, like Instagram, refused to rotate, so using the keyboard in landscape mode was quite annoying

The physical keyboard was not the panacea because although the keys were there, they could not make the most of it. The support for using the keyboard in games it was limited – sometimes non-existent – and Android manufacturers had to customize the system to add everything that Android lacked to improve its use. For example, it may be relatively difficult to enter certain characters such as Ñ or accents or to change the input language.

To all this is added the little power and little RAM of the mobiles of yesteryear, which limited the possibilities of multitasking and productivity that we could improve by having a physical keyboard. Especially in terminals as modest as a Sony Xperia Mini Pro, the feeling was to be faster than the phone could manage.

Keep in mind that a physical keyboard takes up physical space, which results in some pretty chubby terminals. For example, the Sony Xperia Mini Pro was 18 millimeters thick. Other slide-out keypad terminals rarely go below 15 millimeters in thickness, making them quite strong and heavy.

The profile of a Samsung Galaxy S Relay 4G with physical keyboard, with a profile of 13.5 millimeters. Add to that a casing and you have a brick.

Today we have both extremely light and thin mobiles and small and powerful, big and heavy monsters, but it is clear that after a decade of process improvements, the miniaturization of components would allow create a phone with a keyboard that was not a little monster. The latest F(x)tech Pro-1 measures 13.5 millimeters and, when released, had current specs for its time.

Today the software is there, but no one dares

Back to the present. Android is no longer the little camera operating system recycled at the last moment for mobiles, but today we have Android in mobiles, tablets, PCs, cars, watches and basically everything that is moderately intelligent. As the system has matured, has been prepared for all kinds of scenarios and shapes better than ever.

The revolution started with the first foldable phones and the need for Android to be flexible enough to adapt the experience to a “shape-shifting” device, but the most obvious change is Android version 12La release that aims to make Android more adaptable than ever to large screens.

While Google has worked hard to let developers know that applications must be ready for all types of formats, squares, rectangular, vertical and horizontal, large and small screens, little by little the idea penetrates. Even Google had to move and eventually adapt many of its apps for tablets.

Hardware, on the other hand, goes in the opposite direction. Yes, foldable phones have been a breath of fresh air in the stagnant world of Android phones, but otherwise nobody seems to want to save the idea of ​​the physical keyboard. Except BlackBerry, may he rest in peace. 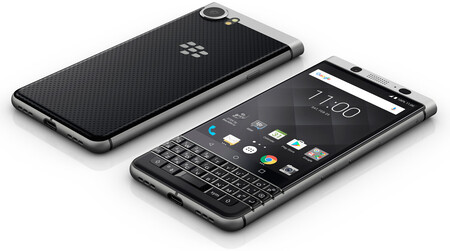 BlackBerry, may he rest in peace, was one of the last big names to bet on the QWERTY keyboard, although still vertical: it’s not the same

With curiosity, other ideas from the same period, such as stilettos, are still around today, while the physical keyboard seems more than dead and buried. A test of the bad idea they assume would be the fall of BlackBerry, and no manufacturer is willing to bet on the losing horse, even if it is a single model.

So in recent years the only way to get your hands on a mobile phone with a physical keyboard has been to use IndieGogo and such and risk with a mobile of unknown brand that you don’t know if the next day he will stop having support. 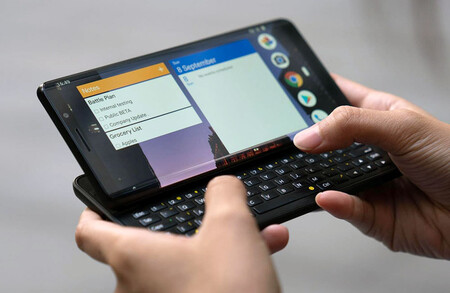 The F(x)tec Pro 1 2019 is the last phone with a decent slide-out physical keyboard, but who wants to buy a phone from an unknown brand?

The problem is probably that no one wants an unknown cell phone, with or without a keypad. If there are still buyers interested in a mobile phone with a physical keyboard, you’ll want it to be one of the usual brands: Samsung, Xiaomi, OPPO, Vivo, Realme and company.

However, despite the fact that Android is better prepared than ever for this type of device, none of the marks seem for work to take the plunge, preferring to release basically the same phones over and over again, sometimes with no change beyond the name. A pain.

Diablo Immortal – How to download and install on PC

Samsung S20 Ultra: We didn’t expect such a price drop!

Samsung S20 Ultra: We didn't expect such a price drop!