There are several innovations that we have seen in a few months in the field of screens. From ProMotion in the iPhone 13 Pro to the arrival of mini-LED screens in the new 14 and 16-inch MacBook Pros. Rumors indicate, however, that there is still a lot to see, so let’s go.

Different technologies until reaching the micro-LED

The first rumor about new display technologies comes from a Korean forum. Share on Twitter by FrontTron, it is claimed that Apple is testing Samsung panels for iPad mini with ProMotion support. The truth is, the source of this rumor leads us to take it quite skeptically, but neither can we rule it out completely.

The arrival of ProMotion on new iPads beyond the current iPad Pro is something that has been the subject of rumors in the past. While Apple changes the refresh of the screen from portrait mode to landscape mode, which also causes the “frozen” effect on the iPad, it is possible to think that changes are brewing in a new generation.

Recall that this frost effect is something natural in LCD screens and is practically negligible, which does not mean that a screen with a refresh rate of up to 120 Hz will completely eliminate this effect.

The price of large OLED panels remains a drag.

Now let’s change screen technology to talk about OLED. According to several sources, Apple is working on it this technology is coming to the new MacBook Pros, although this arrival has been delayed recently. As originally published by The Elec and subsequently confirmed by Nikkei Asia, the company reportedly delayed the arrival of OLED displays on Macs due to the difficulty of making panels of the necessary size. 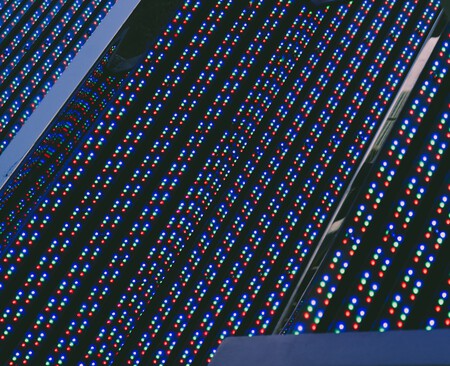 “Medium OLED panels for tablets and laptops, in particular, pose a greater manufacturing challenge than small panels for smartphones. The limited production scale contributed to the higher costs of these displays. “

“Meanwhile, mini-LED displays share many of the same components as conventional mass-produced LCD displays, helping to reduce costs while achieving image performance close to that of OLED displays. “

The mini-LED displays also have better brightness. The latest MacBook Pros and iPad Pros have brightness levels of up to 1600 nits, which is over 30% higher than the iPhone 13 Pro equipped with ‘OLED. “

A long way to go for the micro-LED.

Finally, we have to talk about the micro-LED. A technology that Ming-Chi Kuo had predicted for 2023 or 2024 and which we do not know anything new for the moment. While we hope, as noted by Nikkei Asia, that Apple will continue with its plans to achieve micro-LED technology, everything seems to indicate that we have many years to see it in a product.

Clearly we still have a lot to see in terms of screens. Micro-LED technology is seen as the milestone to be crossed, but as we move forward towards this goal there are several alternatives, all with their pros and cons, which represent a gradual evolution. For now, we’re getting into the mini-LED on the iPad and Mac while the iPhones stay on the OLED. We’ll see what the rumors tell us in a few months.

Heads or Tails # 153: Are you liking the news in Animal Crossing: New Horizons? – iGamesNews