One UI 5 will be based on Android 13 and will speed up this Samsung Galaxy update, according to SamMobile

Once Android 13 is already in circulation and the respective betas fill Google Pixel and a few other lucky ones with new features, manufacturers like Samsung are gearing up to adapt your custom layer to the needs of the new Android. One UI 5 will be the next version, it would already be in development and will aim to speed up the operation of compatible Samsung Galaxy, always according to the latest leaks.

One UI 4 has kept the type in terms of updates, this version of the layer, with its respective minor releases, reached most of the Samsung catalog

. With a new design, not far from Android 12, loaded with additional options for phones and with a noticeable emphasis on personalization of the device. And soon he will have to take over.

This is how Samsung makes money: the secret is in the iPhone

Samsung could push the beta forward with One UI 5 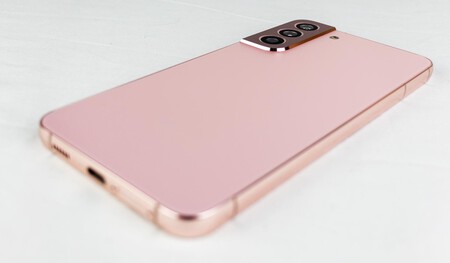 , usually in December and in beta form. The latest rumors indicate that said beta would be advanced.

As SamMobile progressed, Samsung would already be adapting Android 13 to its smartphones and tablets. As usual, this new version of the system corresponds to an update of the layer; What it would be called One UI 5that’s how Samsung would spell it out.

SamMobile has advanced that One UI 5 will aim to make a speed jump in order to give a boost to the operation of their phones. Specifically, said One UI 5 speed up animations to better adapt to screens with refresh rates up to 120Hz

. Although it seems like a minor change, the animations contribute significantly to the user’s perception of the speed of their mobile.

It is still too early to know more about the course. Certainly, One UI 5 will transfer the new features of Android 13 while improving the customization of all elements of the phone, Samsung will update its applications and give a greater boost to privacy. First they will update all high end mobiles this yearlike the Samsung Galaxy S22 and the foldables that the brand will soon present: the Samsung Galaxy Z Flip 4 and Samsung Galaxy Z Fold 4. First in beta.