Petal Speed, the app that analyzes the Internet connection

Huawei adds a new “Petal” service to its large portfolio of applications and platforms: the brand launched its own speed test in China. Petal Speed, the name of the app, allows you to perform internet diagnostics on Huawei phones to find out how well the connection works, both WiFi and mobile.

There are so many values ​​that condition the quality and stability of an Internet connection that it is not enough to test your download speed, you also have to know it network latency, IP, download speed or connection stability, for example. Most of these values ​​can be known with a speed test. And Huawei does not only offer its own to owners of their mobiles, the brand has taken the opportunity to develop a high quality solution. Petal Speed ​​is its name. 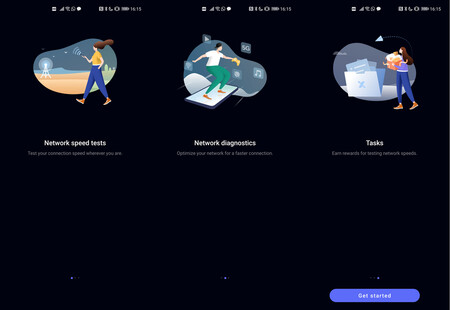 Huawei’s app has just been released in China, so it’s still in the AppGallery in Huawei’s home country. This implies that, although being translated into English, the servers to which Petal Speed ​​connects are Chinese; which implies unreal connection speeds due to the remoteness (and barriers) of the nodes.

We were able to test Petal Speed ​​on our Huawei Mate 40 Pro thanks to the Petal Speed ​​APK offered by Huawei Central. The app itself is very polite, it has a speed test capable of measuring speeds, latencies, jitters and also packet loss

. With a test the app is enough and there is enough to throw away the basic data of a connection, but it does not stop there.

The bottom menu Petal Speed ​​gives access to network diagnostic tools that allow you to analyze WiFi connectivity to locate areas where there is greater coverage, for example. And it doesn’t stop there since the app also offers all data from the mobile network, including signal strength. 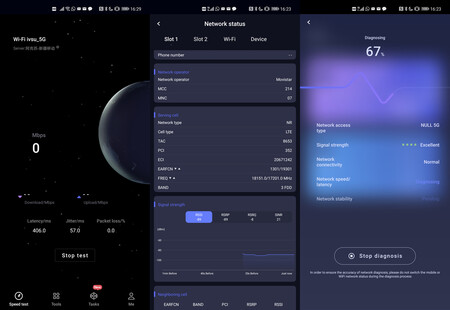 The pity about Petal Speed ​​is that, being oriented towards China, it is not very useful for speed testing outside those borders. To make it an alternative to applications like Speedtest we will have to wait until Petal Speed ​​is distributed in the international AppGallery

, something that will surely happen in the near future. As has happened before with Petal Mail, for example.

Petal Speed ​​is not yet very useful outside of China, but Huawei will surely end up distributing the application in the international AppGallery

Despite the current problems with analyzing networks outside of China, the truth is that We found this to be an app to consider, at least when Huawei is internationalizing it. If you have a branded mobile and want to try it out as well, you can download the APK from Huawei Central.

Uncharted, Batman and Blade Runner were inspirations to create Replaced

Uncharted, Batman and Blade Runner were inspirations to create Replaced