In the field of augmented reality and virtual reality that the device we wear on our heads can knowing the movements of the rest of the body is of vital importance. Something as simple as being able to move your hands to scroll through menus is not that easy to implement technically. Apple, however, could test some very interesting new technology according to some new patents.

Detect the position of each joint, together

In the first patent, titled “Generating body pose information”, Apple recognizes the importance of knowing the position of the user’s body and being able to create a virtual avatar with this information. This avatar would be very useful, for example, for video calls using augmented reality, to name one application.

Collect the information you need without having to wear sensors on your hands and legs it’s a complex task which Apple wants to tackle using a combination of cameras and neural networks. Each of these networks would operate independently, but the information would be combined to model each of the joints and their position in real time. 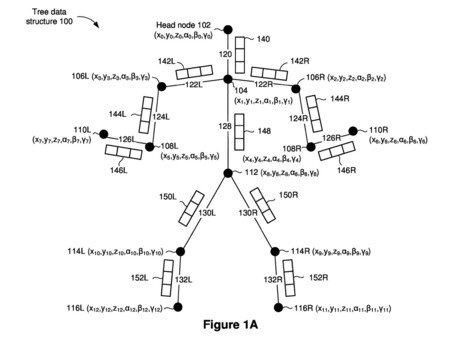 Training a neural network for position recognition is not an easy task, although it seems like a cinch compared to the need to coordinate the information collected by all these networks. The amount of information that needs to be received and processed is truly impressive, and it all has to be done in the augmented or virtual reality headset that you have in your head.

According to Apple, the system they are developing and testing can recognize the position of the neck, shoulders, elbows, wrists, knuckles, pelvis, knees and ankles. With this information you can model the basic structure

, but with a moderate level of detail.

Half the bandwidth to transmit the same information 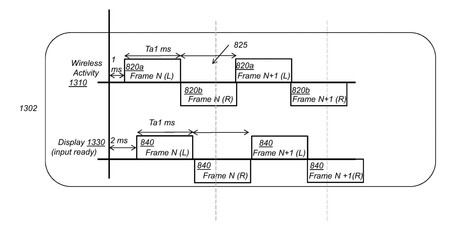 In the “Adaptive Wireless Transmission Schemes” patent, Apple explores a way to reduce the amount of information that must be transmitted to the screens of each eye. Instead of using a full data feed for each Apple display plan an interval system

. Thus, the information is sent first to one of the screens and then to the other, when the system has both, it displays it to the user.

A small delay, of around one millisecond, will also allow that even if the transmission is not complete, some of the information can be used, for example to update urgent items. The system also relies on the detection of the gaze direction to know priority areas in the transfer, and reduce other areas that do not require as much detail.

From the rumors we’ve heard about the upcoming Apple Glass, the truth is that the amount of technology that a few “simple glasses” have to carry inside is staggering. Patents like these, focused on such specific subjects, allow us to understand why we will have to wait a few more years to take advantage of Apple Glass.

We are entering a new phase of rtrogaming

We are entering a new phase of rtrogaming