We had seen the Google Pixel 6 in leaked images, we were also familiar with some of the unconfirmed specs. Now, and by surprise, Google has unveiled its future phones to show the designs of the Pixel 6 and Pixel 6 Pro in detail, its colors and even some of its technical details.

Brands like Xiaomi or Realme usually go by anticipating the details of their next releases in order to raise expectations. This tactic common in Chinese brands is not used to being transferred to manufacturers in other countries; This is why Google’s recent decision is so surprising: the Pixel 6 hardly have any secrets. And they are aiming high: Google has confirmed that mobiles will include their own processor.

Images and design revealed, confirmation also that they will mount their own processor 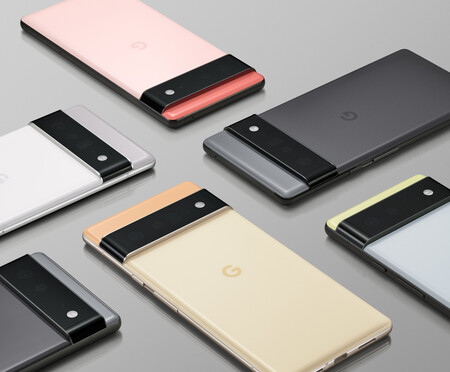 Photographs and technical details posted openly on the network are based on the Twitter account Made by Google, the official user of the devices developed by the company. 13 tweets from the future Google Pixel 6 and Google Pixel Pro which not only show the outward appearance, but also confirm the rumors spread so far.

. Google keeps said face clean except for the bump; with a color combination that maintains the contrast between the tones: beige and orange, two tones of gray, silver or the model’s contrast in pink for example (three combinations per model). There is no doubt that they attract attention.

We made a chip!# Pixel6 is powered by our very first smartphone SoC: discover Google Tensor

The Google Pixel 6 and Pixel 6 Pro will mount the first SoC developed by Google: Google tensor. This processor is expressly developed for Pixels, a detail that will allow Google to harmonize hardware and software (as is done by Samsung, Huawei or Apple, for example).

At the moment, we don’t know when the Google Pixel 6 and Pixel 6 Pro will be presented. As soon as the company releases the date, we’ll update this article.

More information | Made by Google

How to use Stasis Overcharge