It’s Friday! It’s time to start this last day of work before relaxing and resting in what seems to be the first weekend of pleasant temperatures in Europe. Many of you will be heading out to enjoy the spring weather, but Apple TV+ has prepared us some news for when we are at home.

The most important thing of the week (at least for me) is the result of the first season of ‘Separation’, the series from the mind of Ben Stiller which already showed the way in its beginnings and confirmed its quality with the rest of its episodes. A must-have for which a second season has already been confirmed:

Your #Rupture The request for season 2 has been accepted. pic.twitter.com/OTayQHRNHL

“It will seem to you that you never left“, we read in this advance posted on Twitter. We should have this second season in 2023 or 2024 if there are no unforeseen events.

As for future content news, we have a logical decision from Apple to void all bets on projects with Will Smith. The actor thus finds himself without the possibility of having a presence on Apple TV+ after what he did at the last Oscar gala. 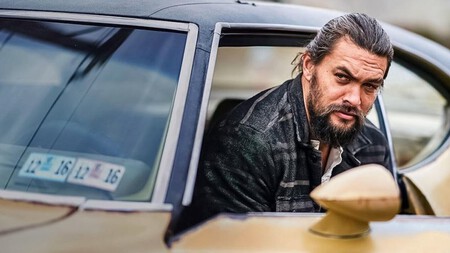 On to some happier news, we already know the next project that will star Jason Momoa on AppleTV+. After the entertaining ‘See’, the actor will call on his Hawaiian roots in a mini-series that will trace the colonization of these islands at the end of the 18th century. It will be called “Chief of War”, and we’ll have to wait a long time to see it because it doesn’t look like production has started yet.

Finally, we have something we’ve already mentioned: the signing of Harrison Ford for a comedy from the writers of ‘Ted Lasso’. The actor resists retirement and fully enters the casting of the stars of the Apple catalog. The series will be called “Shrinking” and will also star Jason Segel.

Samsung Blockchain, manage and trade cryptocurrencies from your mobile