so you can change its resolution

Accessing mobile content from the car screen is very straightforward if the vehicle is equipped with Android Auto, although the resolution of the content may not always match what the panel allows. Do you see the icons very large, small or you cannot read the messages well? You might be able to fix it by allowing higher or lower resolution from Android Auto settings.

The systems projected into the vehicle control console make the combination of entertainment and driving much safer and easier. Android Auto is key in this regard, Google maintains a sufficiently mature system to which it goes including a multitude of options that facilitate motorized travel

. And there are some settings which, while very useful, are not available at first glance. Screen density is one of them. 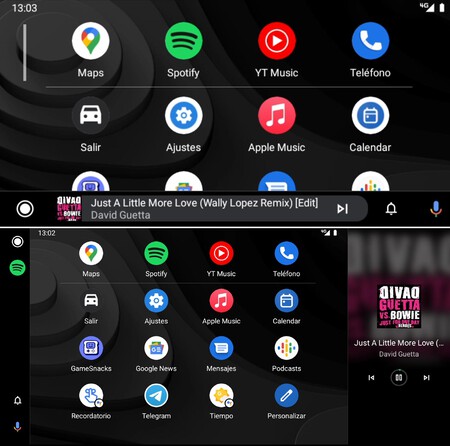 Display pixel density, or DPI, is the ratio of the resolution of the content to the pixel spacing of the panel. The higher the density, the smaller the icons and text., making it easier to see more information on the screen. And the reverse happens: if the density decreases, the icons and the texts increase; with the problem that often they get blurry.

The screen of the vehicle and the mobile phone negotiate a resolution each time they are connected thanks to the bridge offered by Android Auto, wired or wireless. User cannot force this resolution (enlarge or reduce screen density), but there is an adjustment that can fix sharpness issues even when Android Auto icons look too big or too small.

Android Auto development settings provide the ability to adjust “Video resolution”. Density isn’t directly enforced, but it does alter the appearance if the car and phone are connected at a resolution that wastes the screen. The setting is changed as follows: 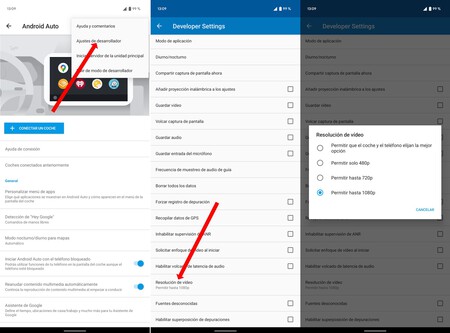 The best thing to do is to test the different resolutions to see how those pixel densities affect your car screen. You will most likely appreciate an improvement, it is even likely that if you increase the resolution, now have two column Android Auto interface. It’s handy to keep this developer tip in mind.