Stories of people saving their lives with the Apple Watch have become so everyday that they barely attract attention. But they are still impressive. On this occasion, an Apple Watch user and a resident of Madrid he saved his life after suffering heart block. It’s a problem in the heart’s electrical signals that can have serious consequences and even death if left untreated.

Dizziness and choking as the first symptoms of heart block

Daniel is a 29 year old Apple Watch user. Is considered a healthy and fairly athletic person. Last Friday he started to feel dizzy and felt like he was drowning, which he attributed to a strong allergy. However, the next day he suffered from these symptoms again and decided to have an EKG test. This sensor has been present since the Apple Watch Series 4 and was activated in Europe in March 2019. The test was performed from the watch and shared the PDF with the ECG to a family member of the cardiologist. 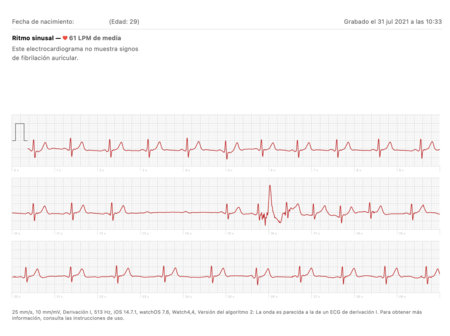 ECG showing a blocked rhythm, in the second row in the center of the graph.

This person told him to go immediately to the emergency room for treatment, where it showed the test performed by the Apple Watch. Thanks to this, Daniel was admitted to the hospital and since then various tests have been carried out to determine the nature and origin of these blockages.

While the watch claims everything is correct, it’s good to know that it is only looking for signs of atrial fibrillation and not other potential heart problems.

Heart blocks are usually caused by changes in the transmission of the electrical stimulus throughout the heart (from the atria to the ventricles). Occasionally, it does not reach the ventricles, causing very weak pulsations. In first degree heart block there are no symptoms, while in second degree heart block the heart may skip one or more beats, noticing a slow and irregular beat. Dizziness and shortness of breath are common, to the point that third-graders may pass out, requiring immediate medical attention.

This type of locks they are generally reversible if they are caused by drugs. Otherwise, the usual thing is that a pacemaker allows the patient to have a completely normal life.

The importance of taking the ECG when we notice strange symptoms 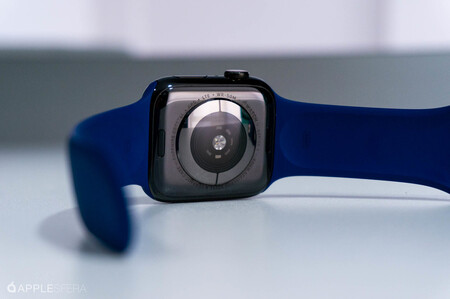 If we look at the evidence provided by Daniel, we will see how the PDF shows “sinus rhythm” as if everything was correct. It is important to know that Apple Watch only reports abnormalities when we have atrial fibrillation and not other conditions or symptoms. Therefore, when we take an ECG from the Apple Watch, we can specify the other symptoms that we have on the watch itself.

Thanks to the Apple Watch EKG PDF sharing function, a user can digitally send this test to a doctor if you want to rule out any problem. As we consulted with a cardiologist, the quality of the Apple Watch’s ECG is “almost better than a Holter”, but it should still be checked by a specialist.

Daniel is relieved and grateful for the Apple Watch, stating that owes him his life to continue from now on. And is that saving our lives has become the killer app Apple Watch for more and more people.

Surprisingly, the game is available for free to Gold members

Surprisingly, the game is available for free to Gold members