stylish glasses to put a soundtrack in your life

Technological evolution increasingly allows us to integrate smaller and smaller components, achieving achievements such as the smartphone, which has practically become more than just a pocket computer, but rather the center of our digital lives. .

Around it we have a growing variety of devices with more and more categories, wearable devices being one of the most prominent. This word is generally directly related to smart watches and bracelets, but it encompasses any type of electronic product that we can wear in our clothes.

We spent several weeks testing a product that caught our attention from the first moment. They are sunglasses, but be very careful as they have a few tricks up their sleeve that will leave you in awe.

Sunglasses or headphones? Why not the two of them?

When we talk about smart headphones, Soundcore is one of those brands that we like to highlight the most. Anker’s sound division knows how to deliver good sound quality, although its most notable aspect is in the software experience, which means we’re always on the lookout for its latest creations (like the Liberty Pro 3).

This time, her new audio device is a pair of sunglasses. They are not the first models on the market (Huawei and Bose already have some experience in this sector) but sometimes the important thing is not to arrive first, but to offer the best possible experience. In this sense, Anker’s proposal seems much better designed, since until now the proposals on the market have been either ugly or simple. 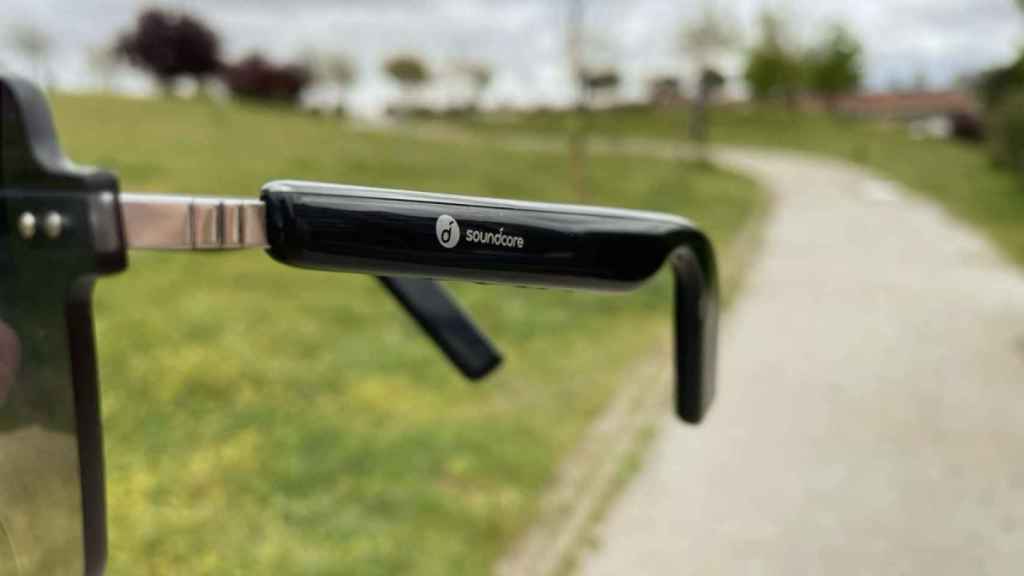 Technology-wise, Soundcore Frames work pretty much the same as TWS headphones like the ones we’re all already familiar with. The shape may not look like it, but the technology inside is similar.

The temples are the central axis of the experience, and within them are all the internal components. They are great temples when compared to traditional temples, but they are within an acceptable range considering all the technology they incorporate. 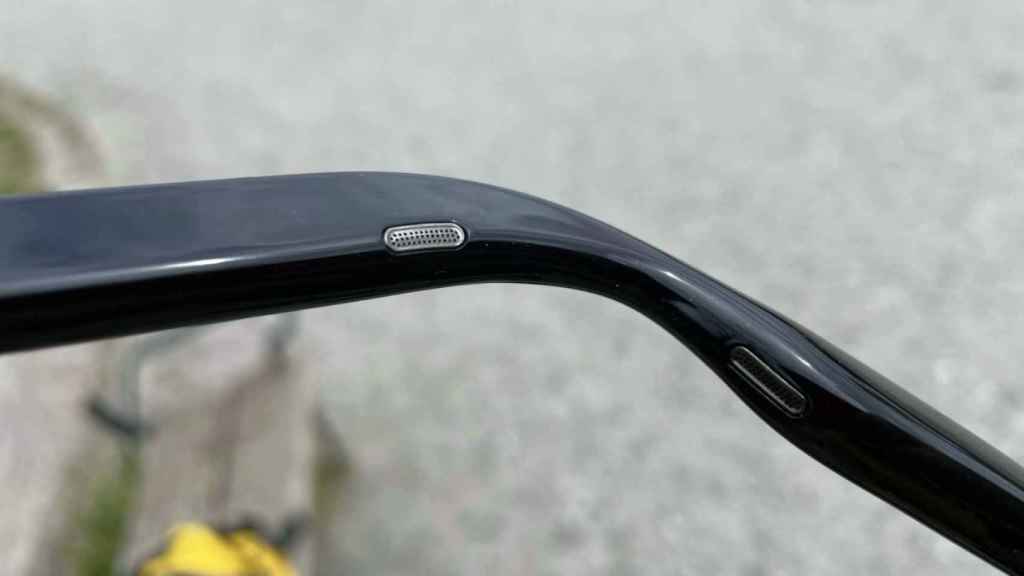 If we look closely, we will appreciate that each of them has two speakers and several microphones which we will talk about later. We also appreciate some small contact plates, which allow a magnetic charge. This aspect didn’t completely convince us as it means having one more charging cable on the table, but a commitment to USB C might have been more complex and made it look less stylized. 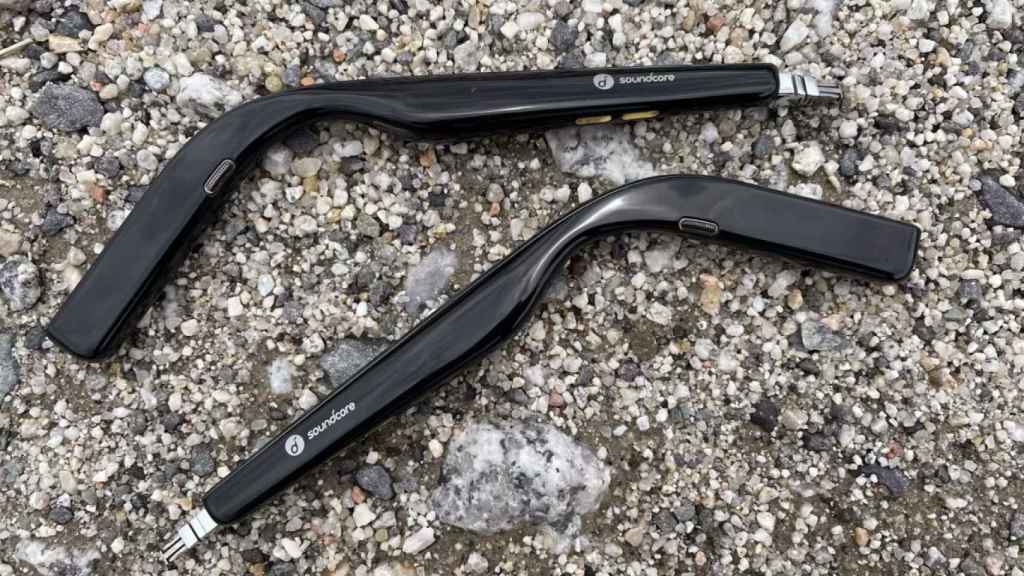 The Soundcore logos hide a touch panel that allows us to stop the music, raise or lower the volume or skip between tracks. We’ll talk more about it in the software section, but we wanted to mention that it’s so integrated that sometimes we forget it is. A texture change in this area might not have been bad, even if it could penalize the design.

Finally, highlight some small sensors responsible for turning the glasses on and off, since they do not have a power button. What these sensors do is that they detect when you put the glasses on and then automatically turn on, as well as they stop the music when we take them off and automatically turn off when a few minutes have passed out of our heads.

The idea is great raised, even if the execution can leave something to be desired. Sometimes the distance the sensor is from our head seems “insufficient” to turn them on and we have to “tighten our sideburns”. Once on, we can release them and our head will detect us well, as if the detection range when they are off is lower than when they are on. The feeling you get at first is that the glasses They are broken until you understand. Then we feel that it’s a gesture that must be done to turn them on, but since the manual is not clear enough, it took us a long time to discover the trick. Take this into account because it may scare you.

Finally, let’s mention the carrying case also included in the glasses. Personally, I’m not very convinced, because it’s not always easy to put the glasses on and close the lid properly, although the fact that it folds when empty is something that is appreciated.

One of the key aspects of Soundcore Frames is their modularity. While most rivals are a complete product, here the temples and all their technology are a separate module that attaches to the frame. 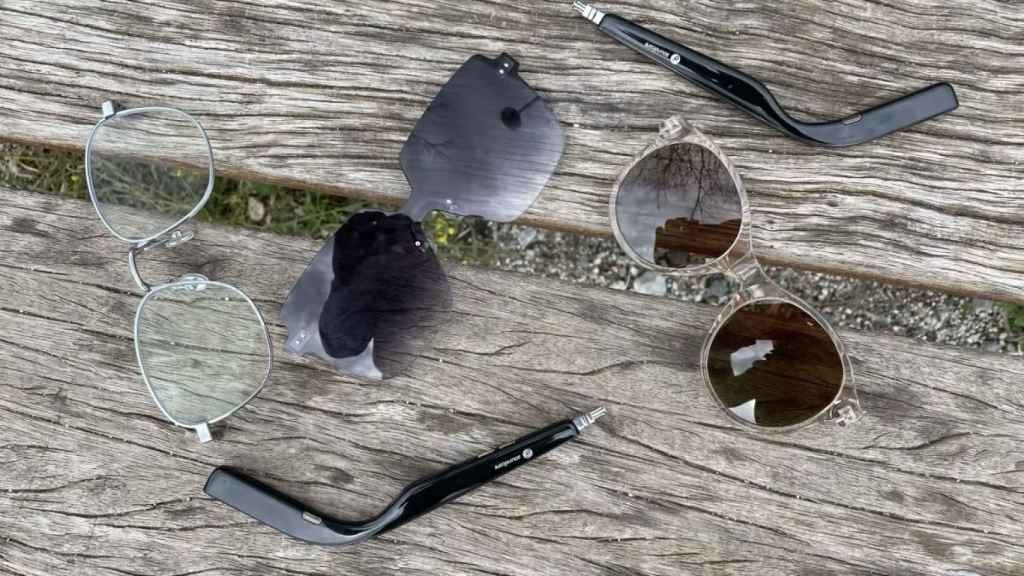 This has a main advantage is that we can have multiple mounts, one for each style. When it comes to wearable technology, the ability to change frames gives us the freedom to wear our Soundcore frames in multiple styles.

When we buy our glasses we can choose between one of several frames, while each new frame we want costs an additional 50 dollars. It’s not exactly a cheap price, but it’s also not out of place in the market for polarized sunglasses, a category that these frames belong to. 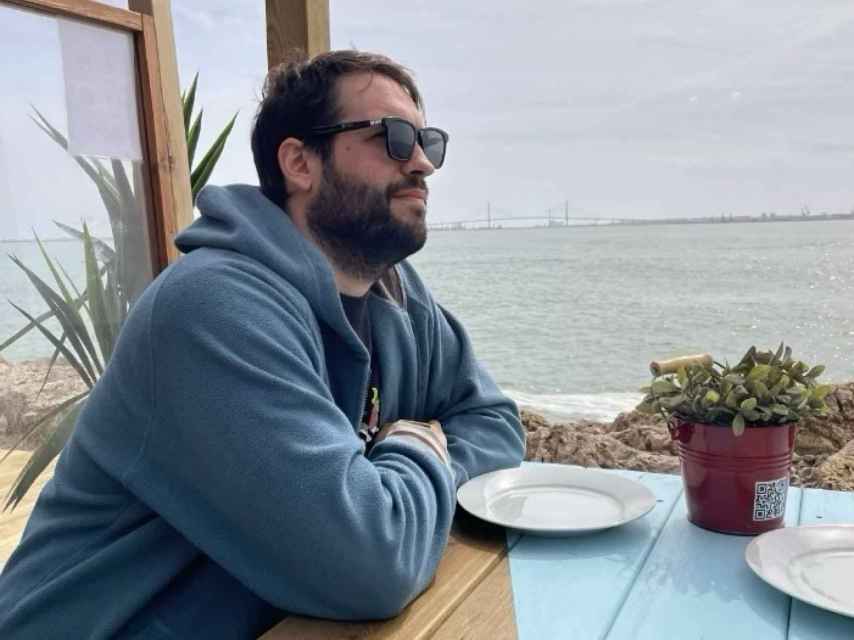 Now which one should I buy? will it suit me? This is one of the main doubts when buying one or more frames, and it is a problem because, being an online purchase, one cannot try them beforehand like in an additional store. We always have the option to return them if we don’t like them within the first 30 days, but it’s still a blind purchase.

To solve this problem, Soundcore has created an augmented reality application in which we can virtually try each of the Soundcore Frames supports. It is true that it does not replace the experience of a physical store and there may be a slight discrepancy between the virtual size of the glasses and the real one since the camera does not know the real size of our head, but it helps us to get an idea of ​​how they will suit us 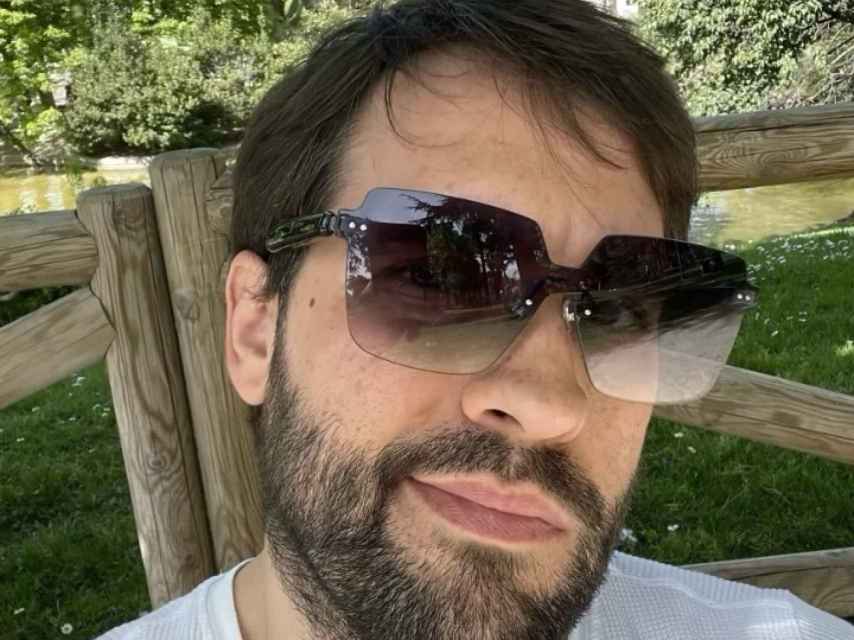 My favorite mount was the one I least expected.

And that’s really convenient, because what turned out to be my go-to frame was one I would never have tried. The Festival model in the store renders itself seemed like really ugly frames, but after trying them on I saw that they fit me well and it became my day-to-day preference.

It is important to note that Soundcore does not offer corrective lenses, and the solution they offer is that you buy the frame and take it to the optician to have it graduated. If you need prescription sunglasses, it can get inconvenient. 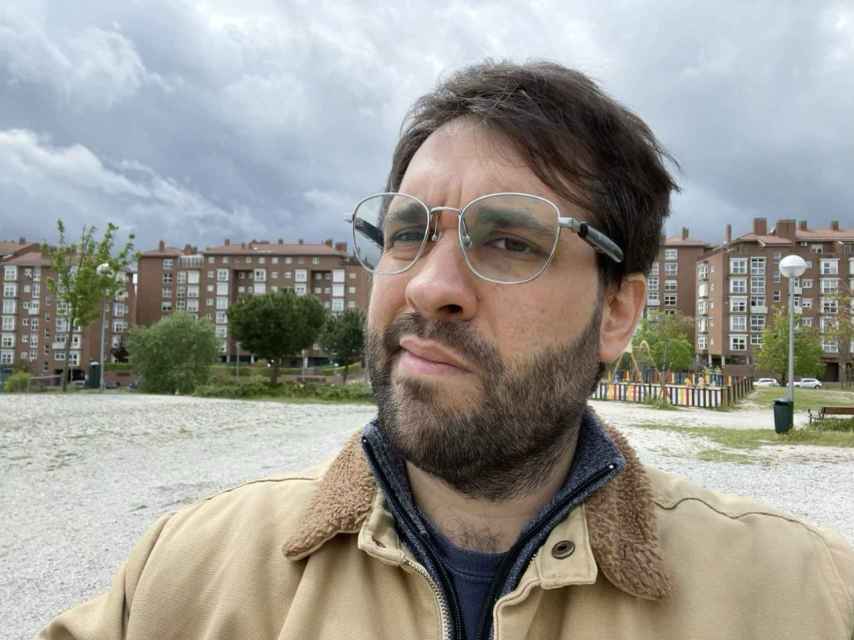 The only transparent option has not finished convincing us.

Finally, although the catalog is extensive, I missed another solution for interiors. They have a model with transparent lenses, but it would have been great to include an option in their extensive catalog that has a UV filter for use in front of the computer, as if Razer offered it.

Beyond the style, what interests us in this product is its capacity as an audio device, which in the end is what makes the difference between traditional glasses. If that aspect isn’t up to snuff, everything else doesn’t matter, it wouldn’t be a recommended product.

The glasses have four speakers, two per pin, with similar size and power to any TWS-style headset. The sound quality is perceived to be a bit worse, because when it works openly, it does not go directly to our ears, but it is good enough for us to enjoy music anywhere. 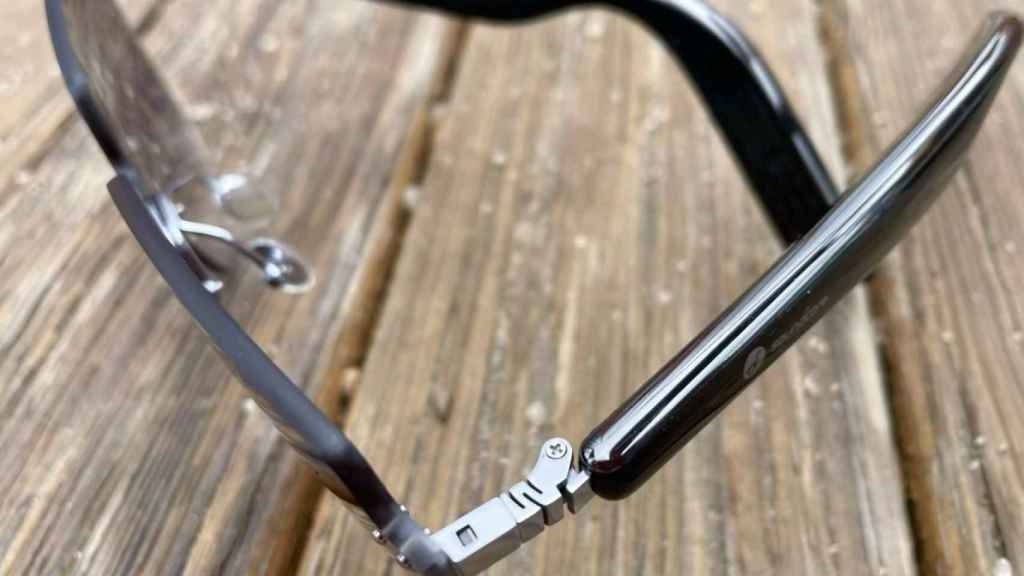 At low volume, it’s like having a soundtrack in our lives playing in the background, but that doesn’t stop us from paying attention to the sounds in our environment, as well as having conversations. This is how these glasses are most appreciated, since you have a sound background, you don’t disturb anyone and they don’t isolate you from the world either.

At high level, some distortion is perceptible and there you won’t be able to pay much attention to conversations, despite the fact that you have your ears free. In this case, the feeling would be like trying to talk to someone in a nightclub, but without your ears ringing.

Auditorily, my only disappointment is listening to podcasts, ie in noisy environments it’s virtually impossible to listen to a podcast or answer a call. By noisy environments we mean a high volume of traffic or the presence inside a bus, metro or train. More than Anker’s flaw, it’s more of a counterpart to the nature of a product without any insulation, but it’s still worth knowing.

Among its audio modes, we highlight the privacy mode. It automatically activates when we’re on a call, and what it does is it only rings through the internal speakers, losing depth in the sound but preventing our conversation from being audible in the outside world. If with the four speakers it was difficult to hear something from the outside, privacy is guaranteed in this mode.

Speaking of calls, this is another of the aspects we liked the most about the glasses. We spent weeks making calls and video calls and there were never any issues. They always heard us loud and clear and only us, perfectly filtering ambient noise.

A great app designed to complement the experience 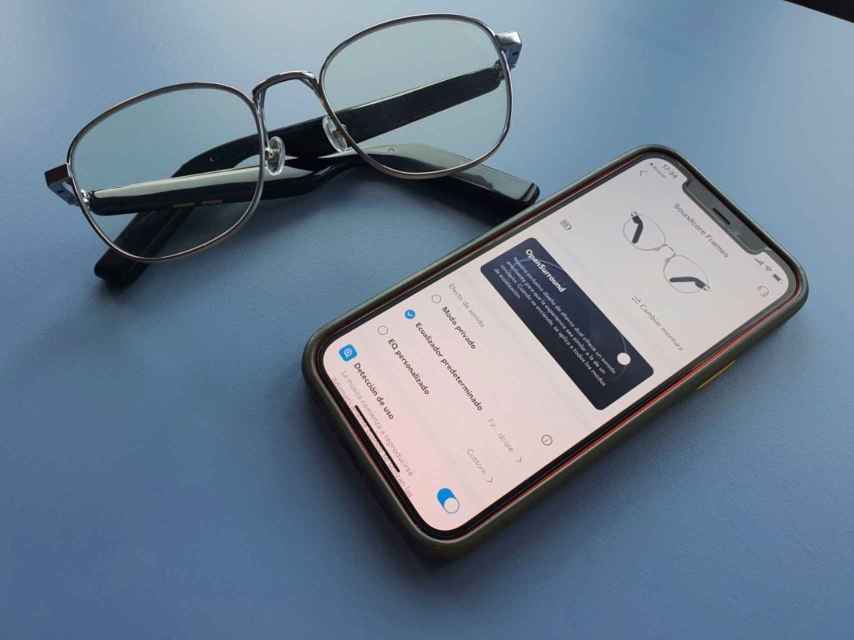 If there’s one thing we like to point out about Soundcore, it’s the software that usually comes with their devices. To date, it seems to us that they have the best earphone app on the market, allowing for an exceptional degree of customization. And this applies to executives, whose abilities are enhanced.

And what can we do when we install the app on our mobile? 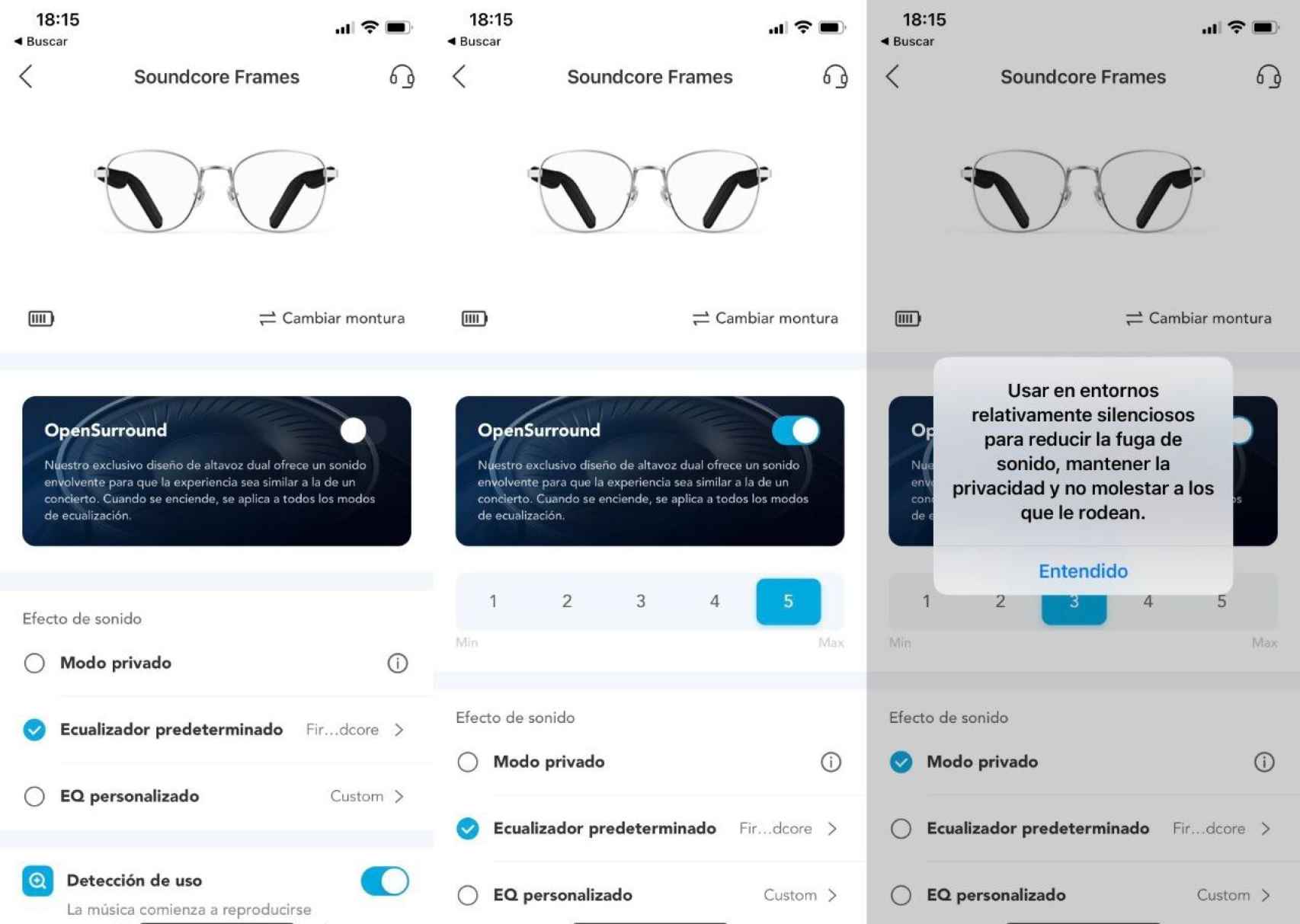 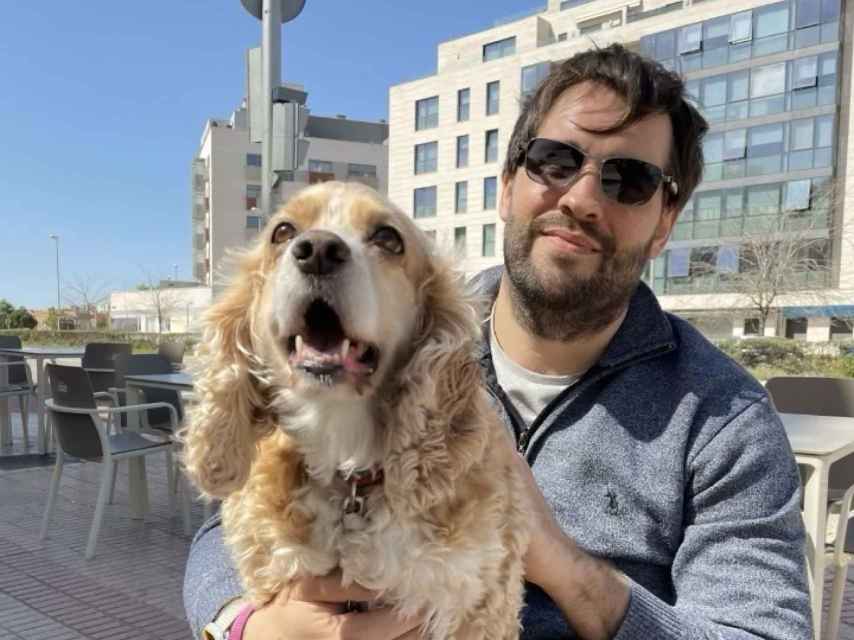 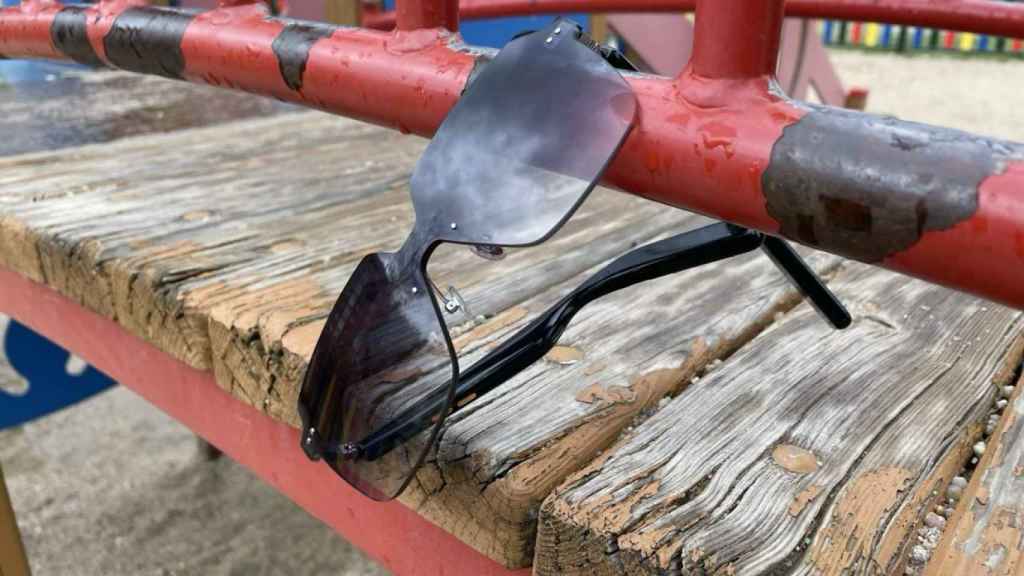 The drama of silicone iPhone cases and sleeves