Summer vacation around the corner only means one thing in the Apple world: rumors of the upcoming iPhone 13. Although these seven days give to talk about a lot more things just before taking a well-deserved rest. This week in The Talks of Applesfera, we covered the upcoming iPhone, Monopolies, Larry David, and the MacBook Air M2.

A summer of calm in the Apple world 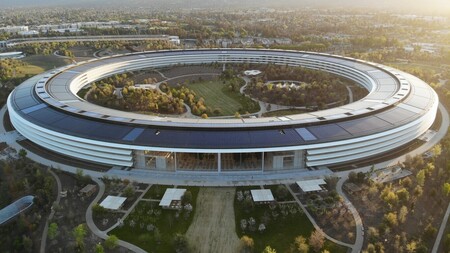 While the judge in the Epic Games case studies it and prepares the sentence, Apple has other open fronts

that threaten your business model. From Europe, they have warned the company not to use privacy as a shield against competition. All the more reason for concern for those in Cupertino, since confidentiality is one of its main pillars. From Europe, they are worried about its impact on the rest of the competition.

Another of the things that caught our attention the most this week is the name of the iPhone 13 and the fact that precisely those who divulge its secrets also tell us your name. In that sense, Apple’s supply chain only has access to the name’s final decision shortly before its presentation. They only know from the marketing department, while they use a code for their suppliers.

Summer is always a time when officially nothing is moving, but rumors and other news keep talking.

A hilarious video about Larry David’s app review process recently leaked. Intended to be launched at WWDC 2014, finally it was not delivered. And the decision was successful, because it reflects an arbitrary and capricious process that at the time would have had a pass, but now it would be impossible to issue (as this is one of the usual complaints from developers) .

And finally we are scanning the future for the redesign of the colorful MacBook Air, who will wear the expected M2. The culmination of these rumors is that each time it appears that the launch of this highly anticipated next generation is delayed for another six months.

In this new season, the podcast has a weekly periodicity, with which We will be punctual on Wednesday or Thursday morning at today’s meeting where we will tell you the context of the big news of the week. Subscribe to our podcast to stay informed every week! You can do this on your favorite podcasting platform, including:

Don’t miss them either! Here are the latest episodes of the podcast: