Google surprised us today by announcing Android 12L, a version of Android 12 better suited for devices with a large screen such as foldable phones, tablets or Chromebooks. Android 12L Developer Preview can be tested now and we tested it, with the help of Android Studio emulator, the only way to do this at the moment.

Android 12L is essentially “Android 12 with stuff”, those things being optimizations for apps and the system to take better advantage of the extra space of devices with a larger screen. We tell you What’s so special about Android 12L in this first Developer Preview 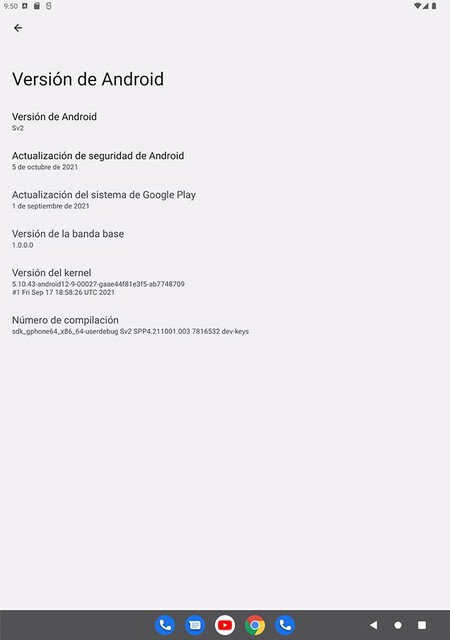 Internally the version is “Sv2” or Android S version 2

We tested Android 12L on a Pixel C virtual device as recommended by Google. The 2015 Pixel C is indeed a device with a large screen, 10.2 inches to be exact. On this screen, vertically, Android 12L is practically identical to Android 12, but bigger.

Internally, the system identifies the Android version as Sv2 or “second version of Android S”. for the moment there is no numbering, which is usual in the first Developer Preview. It’s still possible that its digital version will end up being Android 12.1, as early rumors speculated. The API version is currently 31 (the same as Android 12), although this may change later when the Android 12L APIs are finalized.

The notification panel behaves the same vertical way as in Android 12 – that is, it is not split into two columns – although there are other optimizations available. On the lock screen, the keypad for entering the PIN code is displayed in a corner instead of being centered. If that side doesn’t suit you, press the opposite side to move it there. 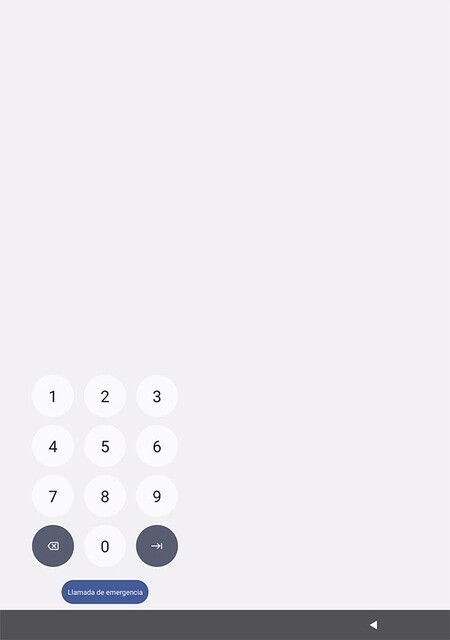 The PIN code entry keypad is small and changes sides

Based on the AOSP launcher, it’s hard to appreciate the “magic” of Android 12L, as this launcher has the basics and maybe Google hasn’t bothered too much to adapt it for Android 12L. In this way, icons are relatively small for the spacing between them, which also cannot be adjusted in the options.

That is, in a space where ten icons could easily fit, the maximum you can add is five. is extreme spacing It’s also applied in the app drawer, but not in the dock, which we’ll talk about later. However, as we mentioned earlier, the launcher that actually comes on devices with Android 12L will almost certainly be a better fit. 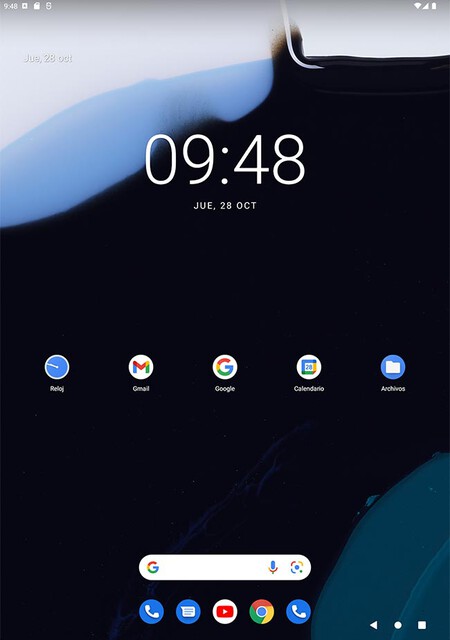 One of the stars of Android 12L is the taskbar, which is available both vertically and horizontally. It comes down to something like an evolution of the wharf. In fact, it’s indistinguishable from the dock until you open an app. It supports five icons, although screenshots in Google’s presentation showed six.

The taskbar (or favorites bar, as Google calls it) is an evolution of the old dock

Its usefulness is twofold: on the one hand, it is a means of always have your letterhead apps handy, without having to return to the home screen. On the other hand, it is perhaps the most intuitive way to activate split screen mode in Android history. 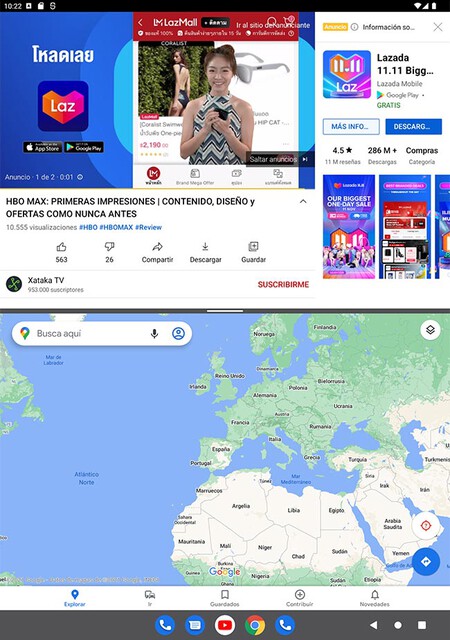 The split screen, vertically and with the taskbar

This mode is as easy as making a long press one of the apps in the taskbar and drag it to the side of the screen. With the device upright, you can choose between up and down; with the mobile horizontally, to the left or to the right. A highlight is displayed before releasing the icon indicating the space occupied by the window, in the same way as it works in Windows.

horizontally it behaves essentially the same, except that the screen is divided into two parts. If you use the horizontally split screen and change the orientation of the device, the vertically split screen remains. It is possible to move the slider to change the size occupied by each application and the result is smoother than in other versions of Android. 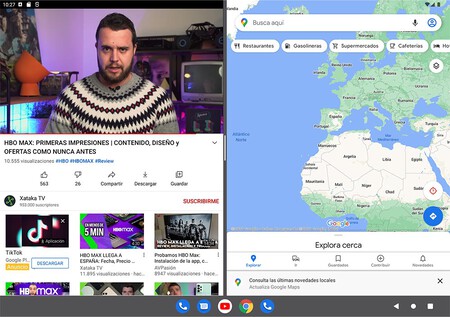 YouTube playback does not stop when using the other app

, which also changes its appearance. This view shows the last application you opened large, while the other previews are smaller.

The Recent view shows the current application large and the rest small. From here it is also possible to easily start the split screen

Featured in this large preview is the Divide button, long hidden there, but never so accessible. When you click on it, the recent view becomes a selector for you to choose the second app, where it’s quite convenient that the other previews are smaller. 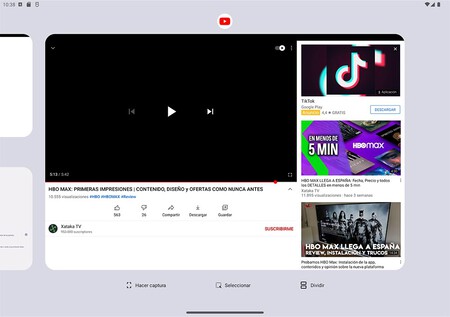 Probably the most characteristic change in Android 12L is two column interface, available on certain occasions. For example, when viewing the notification panel, quick settings are displayed on the right and notifications on the right.

For the moment, this interface in two columns it is hardly used in other sections of the system. The settings are always displayed in a column, and none of the preinstalled apps change its interface beyond the way it would fit a tablet. 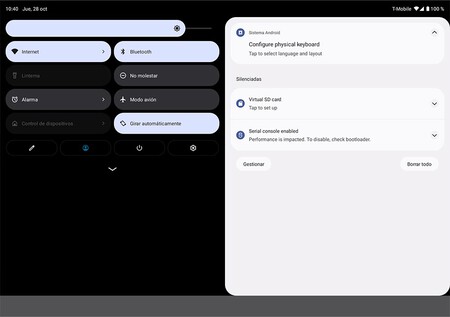 Press time on the start button

A curious change to Android 12L is hidden in the system settings, in the gestures section. Here it is possible to customize how long to hold the home button before the long press function (which usually speaks to the assistant) is activated. 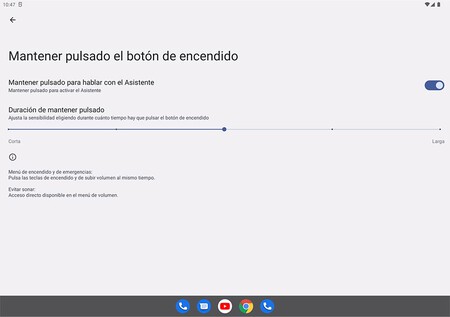 There are five intermediate stages ranging from “Short” to “Long” which, while not too specific, previous leaks have told us that they consist of an interval that goes from 250 to 750 milliseconds.

For the time being, other modifications do not seem to be available yet in the emulated picture of Android 12L or respond to the emulator correctly, as the most satisfying way some apps respond to folding or unfolding a foldable mobile. Being a first Developer Preview, expect these changes to arrive later in future releases.