the alluring attraction of good and evil

I discovered Stephen king at the time when we all seek answers to our first questions: to start the adolescence. There is something about his stories that brings us closer to worlds we’ll never walk through, which doesn’t make them any less real – or less terrifying. I remember this Apocalypse (one of his first novels) made me understand The power of words to change what we see around and what we are inside. Hopefully this leaves us with more questions to continue seeking to appease our curiosity.

Many describe it as Stephen King’s most personal work, and not just in the novel: each episode was written and produced by itself.

Lisey’s story It’s a 2006 novel that many call the author’s more personal, which is a very difficult claim to make when talking about King: in every word bleeds something of itself and it is easily identifiable how much of it there is in history, and how much is the fruit of the worlds it creates. I haven’t read the book (I will do it) but after seeing the first two episodes available on Apple TV +, I fully understand the statement. Which makes the story even more appealing.

Places of the spirit, recesses of the past

The story begins with everything in pieces. We start in the footsteps of protagonist Lisey Landon (Julianne More) at the end, where nothing seems to have a solution. Her husband Scott Landon (Clive owen), a mysterious and charismatic bestselling writer, passed away two years ago as a result of strange events that Lisey is not able to face or understand in the present where nothing seems to make sense. The king plays the duality of good and evil from the start, where he teaches us a life that mixes nightmares and good memories at the same time.

The world Scott Landon takes refuge in seemed to exist only in his books. However, everything seems to be born from there and its contrasts

The protagonist then faces a journey through the places of her past that she had not dared to travel until now, discovering a mysterious apparently imaginary place that her husband seemed to visit, which it terrifies and fascinates him at the same time. A world where the most beautiful flower turns by day into the most dangerous enemy at night, and everything is reversed without mercy. However, this strange fascination with evil it is precisely the germ of his literature which, in the outside world, ensures that his work does not have readers, but fans fascinated by everything Landon touches. Again, good and evil in the same points, but depending on the angle from which the light illuminates it or the shadows covering it. 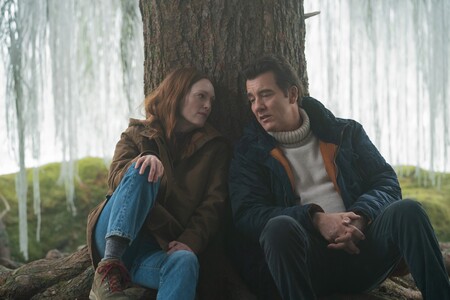 Lisey will find in her husband’s manuscripts – that some madmen are looking for at all costs – bits of the past that they did not know or did not want to remember, including the two halves that perhaps live in each of us and which in Scott are more and more pointed. The character of Amanda, Lisey’s sister, who has a severe psychiatric disorder, serves as carrier between different realities

Although this is not good news: your conscious semi-catatonia are nothing more than warnings of Something who wants to escape from the present even if it is not clear which destination to take. Meanwhile, Scott fans are trying their best to find the latest works by their favorite author – almost a Messiah for them – obsessed with everything about him, and blaming Lisey for hiding them.

Boo’ya Moon is a menacing and poetic world, terrible at nightfall. Perfect for refuge … or where to flee.

Among the various adaptations of King’s work to the small screen, Lisey’s Story appears to have a certain character of its own. And very rare: It was King himself who wrote each of the episodes of the miniseries, adapting and producing with More and the director as well. Pablo Larraín this version for Apple TV +

. The whole vision is a story that seems dark but with romantic flashes, moments of hope, madness and confidence. All this over low heat: with a fantastic photograph that shows us a reality that seems sad, but where each image is full of vibrant, overflowing colors – which voraciously feeds the mystery of production, and searching for script responses.

The rhythm does not give a truce but no attractive to the viewer: events happen in their exact doses to maintain tension – sometimes when you least expect it, like good king knows how to do – and they keep building the story that’s bigger than we think, and scarier too. The author manages to take us on the back of the intrigue with the commonalities of our lives, and to throw us mercilessly into a strange world that explains and complicates everything. The music, the tone and the play of light and shade – in every way – make our imagination do the rest.

The mystery of the Dalivas and everything that happens in the story is part of several worlds that catch us, surprise us and terrorize us at the same time

For the lovers of suspense and good horror mature: the one who does not need more monsters than those of the spirit to capture us, in a story that at certain times (like the cuts that Amanda causes) also touches the fields of other authors of the genre such as Clive Barker. Impeccable workmanship – Already a trademark of the house on Apple TV + – generic titles at the back door through which Larrain seems to lead us into an unknown and intriguing world. Fans of the genre will be amazed by the wonders of the lake. Be careful not to get caught.

Picture of the day: Resident Evil Village "ruined" of mods where Mickey meets Joel and Ellie