The apps you panicked your day with: Timehop

In this series, we remember apps from the past that were very popular then and we don’t hear so much about today. After remembering ES File Explorer, QuickPic, Link Bubble, and Fring, today we remember the popular time machine app: Timehop.

Do you remember what you were doing today a year ago? Probably not, but Timehop ​​does, and that’s where it came in, it came to save memories of what you posted on your social networks in previous years **. Speaking of memories, what happened to Timehop? **

What was its particularity?

The longer we use social media, the more our updates from the past are buried. Going back in time then meant opening each social network and going back manually. Timehop ​​was an easier way to remember your past.

Timehop ​​came to mobile phones when it was a little more mature, although it still worked the same: you connected your social networks and the app. it reminded you of your posts from previous years

. Not only that, but he added a “a year ago” poster, so you can share them again on your networks, if you want. 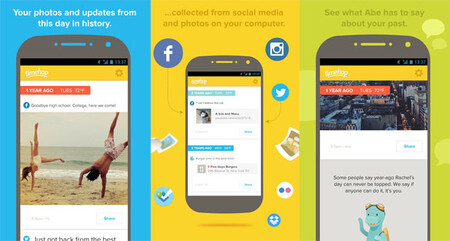 Himself was a simple but well-developed concept. Every day you can see in the app your memories of this day from previous years and, if you wish, share them. Otherwise, go on with your life. It was a simple, single-use app, and it did it well.

What happened to Timehop?

Timehop ​​started its journey with a slightly less commercial name: 4 years and 7 years ago. Created during a Foursquare Hackathon in 2011, it was used to relaunch your Foursquare check-ins from previous years. Other later names of the service were Past Posts, And7AnsAgram and finally Timehop.

In the beginning, Timehop ​​was not an app, but a web page. You have connected your accounts from your social networks of Foursquare, Facebook, Instagram and Twitter and every day you receive an email with your publications from previous years. 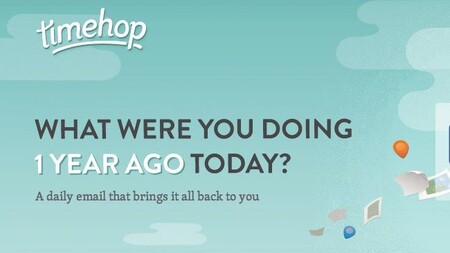 Initially, Timehop ​​was an email

In 2014, Timehop ​​made the leap to mobile phones and came to Google Play. The concept was exactly the same, but in the form of an application rather than by mail. Every day you receive a notification

Since then, Timehop ​​has continued to update and the application is still active today, available for download on Google Play. If you used TimeHop on your Android mobile in 2014, it will not be difficult for you to recognize it if you reinstall TimeHop in 2021: it is more or less the same, but with a more current design, a list of social networks slightly adjusted to connect and with some editing functions that were not there before, like creating a Now and Before collage. 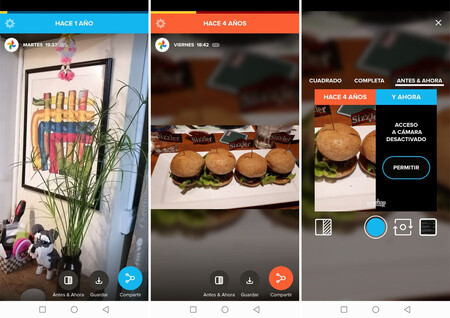 Timehop ​​is still alive, but it’s gnawed at the ground that some of these social networks and services already have their own memory function. Google Photos has its memories and Facebook also has a section for memories. Being built into the apps themselves, it makes a little less sense to install a separate app just for that.

Does that still make sense today?

The simple fact that Timehop ​​is still active today clearly shows that the app itself still makes sense. Of course, there’s no denying that they’ve eaten up a lot, with frontal attacks from both Facebook and Google.

Google has been perfecting its memories section for years, adding new features that almost look like pages, such as cinematic photos. Google Photos memories aren’t just based on the date, but are grouped by all kinds of models that change and add members almost every month.

This leaves Timehop ​​somewhat at a disadvantage compared to native functions, although in return it always has something that they don’t have: bundling. in a single application the memories of several services. Currently, Timehop ​​analyzes and retrieves posts from Facebook, Instagram, Twitter and Swarm for you.

The more time we spend on social networks, the more memories we accumulate on it, so in a way Timehop it makes more and more sense as a way to bail out those moments from the past that have fallen into oblivion. If you use a lot of networks this is a must, but if you only use Facebook and Google Photos the native function is probably more than sufficient.

Black Widow: You are late, madam!