The end of the year is approaching and the compilations are starting, some made by amateurs, others by professionals and of course we also have those of the giants of the industry themselves. Google is one of those who are used to doing them thanks to its famous listings with the best apps and games of each season, and the best of 2021 were released on November 29.

Here we bring them the best indie games of this year 2021 (category also included in the 2020 compilation). A category in which 5 games with different themes have been brought together but with a common spirit, that of being independent games, made by small groups of developers, small businesses or even solo developers. Titles which, in many cases, have a quality equal to or better than that of the big developments and which well deserve additional publicity and distribution.

In 7 Billion Humans, we are faced with a title developed by studio Tomorrow Corporation, a North American studio that originally released the game in August 2018 for Windows, macOS, Linux, and Nintendo Switch and then made the leap to phones. mobiles, reach both iOS and Android

which occupies us now.

We are talking about a logic game in which we have to solve puzzles (over 60 during the game) using little humans who are responsible for moving digital data cubes according to the algorithms we design for it. So we have a kind of translation in the video game world of the programming processes and we get a brilliant game with a great aesthetic concern (very funny) and which can get us hooked if we try it. 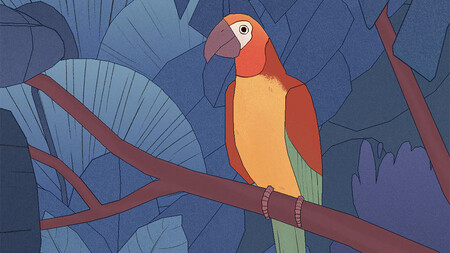 With Bird Alone, we are faced with a special game both for its playability and design and for its philosophy. We are faced with a title that speaks to us of loneliness, of forging an authentic friendship and of how does it feel to grow and evolve with another living being. As the title suggests, we come across a solitary bird and we will have to teach it to navigate the world.

The bird will ask us questions based on any concerns and concerns that arise, and we can play music with him everyday to unlock seeds that allow us to plant a musical garden in which the bird can live. A game to be experienced, without a doubt, and which is available for free on Android with purchases inside. 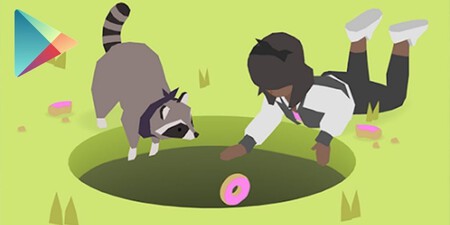 Donut County may seem like a simple game on its own, but the truth is, it’s more complex than you initially think. Ben Esposito creates a video game you have to go to move a hole that engulfs objects in the environment and, with it, more and more in diameter. A concept similar to Nokia’s Snake Game, albeit with more physical implications than space or frantic pace.

Sometimes we will have objects in the water that will need some ingenuity to get them, draining some of said water until we can take them to our hole. A fun game in which, together with our raccoon, BK, we will have to go around different obstacles until we manage to defeat the King of Trash and save the people of this ‘Donut County’. We have it on Google Play for 4.29 dollars and with a fantastic rating of 5 out of 5

. Perfect after more than 400 votes, and Google rewards him by recognizing him as one of the best of the year. My friend Pedro: ripe for revenge

An angry, heavily armed banana faces hordes of enemies to free his wife and children from the kidnapping. After this surreal plot hide action adventure game with high level graphics load. And with great pleasure, of course.

37 action-packed levels, a variety of mechanics, more bullets than in the Die Hard trilogy and not a dime: My Friend Pedro: Ripe for Revenge is free. At the expense of advertisements. 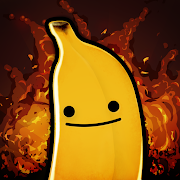 My friend Pedro: Ripe for revenge

Finally, closing the category of the best indie games on Google Play of this 2021, we have a new game of logic and skill. A puzzle with the use of physics in which we will have to help our Knighly, a spherical hero who evolves in a world with style Pixel art and very immersive music created with great taste.

Be careful to believe that we are facing a calm game because we will meet from time to time persecutors who will make things difficult for us, especially because our hero cannot move on his own but rather you will need us to help you by moving and rotating different platforms. A jewel that we find in Google Play and which will cost us 1.99 dollars. An essential. Next part will be a hero shooter, insider claims