the classic now on Android to download from Google Play

A new Angry Birds game has arrived on the Android App Store: the first title from Rovio, which classic angry birds which Finnish developers created in 2009, returns remastered to stay as fresh as ever.

The history of mobile video games must pay homage to one of the titles that catapulted the industry to the importance it has today: Angry Birds is not only a legendary franchise, it has also influenced a much of the games that came later. With almost thirteen years behind him

, Rovio has decided to revive the first title, the classic Angry Birds. And it can now be downloaded from Google Play.

It’s time to dust off the slingshot

Looking back, it seems a world has passed since Rovio introduced its November 2009 Angry Birds for iOS and for Maemo, the standard operating system of the legendary Nokia N900. Specifically, I remember playing the demos on this phone, one of the best I’ve ever had. And the feeling of trying Angry Birds Classic on my Google Pixel 6 was similar.

Rovio crushed the franchise by dripping mechanics into a huge number of games. Apart from the various continuations of the main family, the Angry Birds have appeared in many other titles

; both in spin-off form (Bad Piggies, for example) and in games with completely different mechanics (Angry Birds Pop Bubble Shooter, à la Candy Crash). Therefore, the original Angry Birds is a throwback to those days when nothing was quite like what Rovio offered gamers.

In terms of styling, mechanics, design and sounds, there’s nothing we haven’t seen before: the new Rovio Classics game is like the classic. The same levels, identical little piggies to destroy their structures, the birds we are used to and all the fluidity and quality that a slingshot shooter can display.

If you’re one of those who grew up playing Angry Birds, you’d love this throwback: it has everything you remember. And if not, and you’re taking on Angry Birds for the first time, the classic of classics will take you back to that time when we discovered how well touchscreens fit into casual games. .

Rovio Classics: Angry Birds is a paid game that costs 0.99 dollars. It has no ads or in-app purchases. And, as a gift, it comes with a time machine that takes you straight back to 2009. 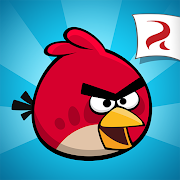 Leak promises a huge update with a map expansion