Although it was not a one-time thing, but rather gradual, how Apple Maps has improved over the years it became more than evident with iOS 15. It made the comparison with Google Maps, its main competitor, more than ever. Deciding on one or the other will remain a very personal matter, but there is no doubt that some of these functions of Apple Maps will make it very difficult for Google. And even more if we take into account that some of them are exclusive to the Apple service.

A much improved driving mode with 3D 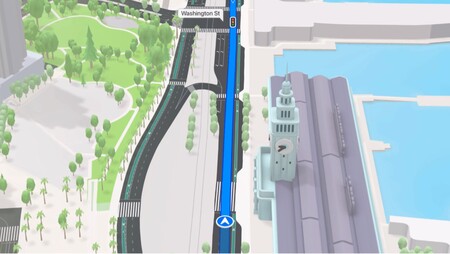 Precisely with the already mentioned iOS 15, a new interface for driving directions which is even visible in CarPlay. And while this feature hasn’t rolled out to all territories yet, we’ve seen footage that attests to its driver appeal.

It offers a three-dimensional view in which the elements of the landscape are highlighted of any type. From buildings, road elevations and bridges to trees or traffic lights. Even the number of lanes or their markings are clearly visible to promote better driving.

To this option is added a function already known for years, such as the “Do not disturb mode while driving”. It is a mode that can be activated manually, but also automatically when we connect our iPhone to CarPlay, and can even configure a message that is automatically sent to those who write to us to inform them that we are driving. As small as this measure may seem to avoid distractions, there are even insurance companies who have already warned of its great effectiveness.

Fly over cities without leaving your home 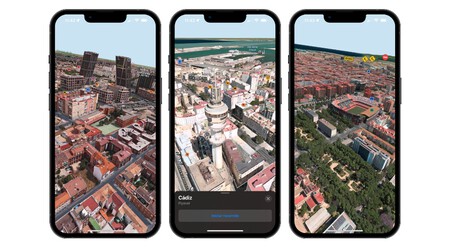 We don’t know if someone in Apple Park had the idea of ​​sending a drone to each user so that they could fly over the cities and get images of them. What is certain is that the real and final decision they made is much more practical. Do a tower from the air of the big cities with no more need than to have the iPhone in hand.

This feature, known as Flyover, has been with us for a few years now, but it never ceases to amaze us. We can search Apple Maps for a city like Madrid, Barcelona, ​​Valencia, Cadiz or Pamplona and hover over it from a drone view. To do this, the application offers us the function of starting a tour in which we will automatically “visit” the most outstanding sites of each place, although it also allows scroll manually. 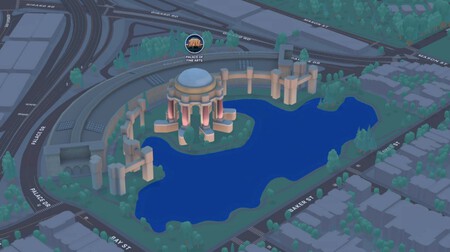 Although apart from the Flyover function, it is also worth highlighting all the work done by Apple to recreate

important landmarks cities and to be able to obtain information from them. They even allow you to virtually enter certain historic buildings or shopping malls.

A ‘Street View’ that fortunately covers more and more ground 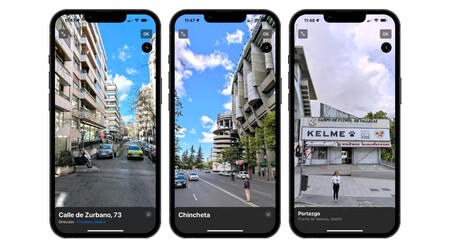 The possibility of making a route from the mobile phone was popularized by Google with its well-known Street View function. Apple took a few years to improve its system and above all, expand it to more territories. In 2019 we were surprised to see Apple Maps vehicles traveling the streets of Europe to bring us this functionality which, very gradually, is now available to practically all the populations of our country.

Added to this is the recent introduction of guides with augmented realityanother function inspired by Google Maps and that the Cupertino company announced with iOS 15. A very visual way to make itineraries on foot without getting lost, even if it is not yet operational in all territories.

Other functions of Apple Maps that do not envy Google 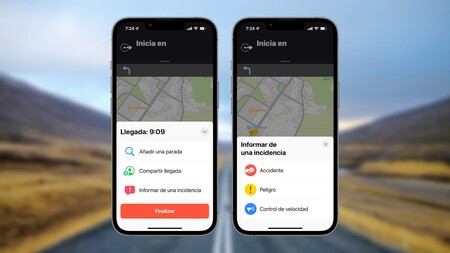 If you’re looking for more reasons to choose Apple Maps as your go-to app, we can go over a few other features that weren’t traditionally present in the app or that otherwise left a lot to be desired: