As expected, WhatsApp has discontinuation of official support for Android 4.0.4 and the previous versions from November 1, 2021. The minimum version of Android to use WhatsApp thus switches to Android Jelly Bean, from 2012.

It has been a long time since WhatsApp stopped releasing new versions compatible with Android 4.0.4 and previous versions – since February – but now even these versions will stop working, after being left to fate

WhatsApp with Jelly Bean at least

WhatsApp has officially ended the official support for Android Ice Cream Sandwich, by downloading the minimum version necessary to use the application on Android to Android 4.1. When you try to use the app on this version of Android, an error will appear stating that WhatsApp has a problem and needs to be reinstalled. 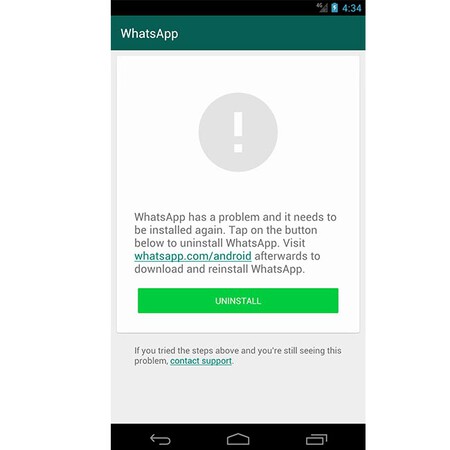 Although WhatsApp has long established that the minimum version for using the app is Android 4.1, the company has added an important clarification on its help page: effective November 1 it would no longer be compatible with Android mobiles with Android 4.0.4 or earlier

. The date has arrived.

Although Google has long ceased reporting on Android distribution, the latest official data places Ice Cream Sandwich less than 0.2% of the total, a figure that should be even lower. If you are still using WhatsApp in this version, the company recommends that you upgrade to a mobile with a newer version or, at least, export your chats.

WarioWare: Get It Together Review – Only As Strong As Its Weakest Link

WarioWare: Get It Together Review - Only As Strong As Its Weakest Link