Google Play Pass is a subscription service that offers Hundreds of full apps and games with no in-app purchases to all subscribers. With more than a year of life, and after being in Europe for almost nine months, Google announced that Play Pass now offers more than 800 apps and games, a lot of remarkable quality.

With the rise of Netflix subscription services, with all the catalog included and on request, many platforms have been added to this way of delivering multimedia content. Movies and music are the norm, as are streaming video games. And apps are a growing market: there’s Apple Arcade (games only) and Google Play Pass (apps and games). Thinking of subscribing from your Android? Well, your mobile has a lot to offer.

A growing catalog of quality and with more games than applications 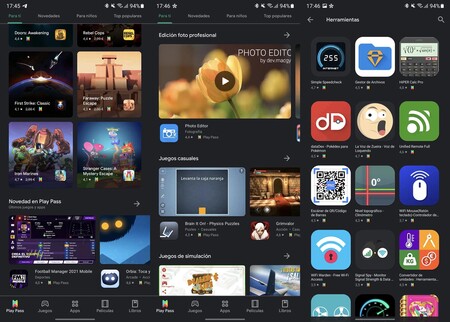 Google Play Pass started with a very small catalog of software. With international expansion, this catalog grew, but it was still insufficient. And today the number of options has grown significantly, both for those looking for apps and for those who prefer games. All ad-free, with all purchases disabled and with full software

As Google itself has communicated, the Play Pass luggage has become a catalog with more than 800 proposals. In this catalog there are real Android gems, even if there is one outstanding issue: apps. We have subscribed to the service since the arrival of Google Play Pass in Europe and we have seen firsthand this lack of good apps.

Google Play Pass adds new features every week, some of the quality of Football Manager 2021 or Dead Cells, two of the more recent additions to the catalog. The cost is not too high, especially if the subscription is purchased for one year: this amounts to 29.99 dollars per year; or 4.99 dollars per month. It is a service that “gamers” can easily monetize, not so much those who are not used to mobile gaming. 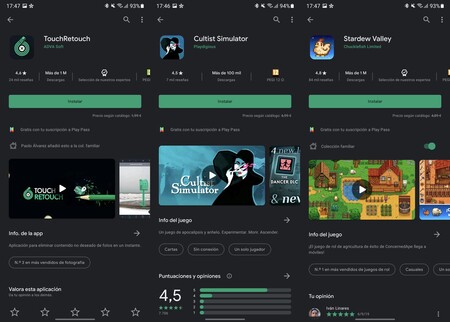 Hopefully Google will put more pressure on the apps side; without underestimating the quality of the games, which is quite high. Despite the shortcomings, Play Pass is a great service. And that’s a relief for those who hate ads and in-app purchases.

What are the ways to connect Xbox controller to PC and which is the best?

What are the ways to connect Xbox controller to PC and which is the best?