The OnePlus Nord 2 will be presented on July 22

After months of rumors, and after the brand itself anticipated features, The OnePlus Nord 2 already has an official presentation date: we will see it on July 22. That day we will see the evolution of what has been his best bet in the midrange.

OnePlus has decided to diversify its catalog so as not to focus exclusively on the high-end range. From there was born the first OnePlus North, a mobile with a superb design and excellent features that reduced its specifications (in addition to materials) be around 400 dollars

. Then came the even cheaper OnePlus N, also the OnePlus Nord CE. And the successor to the one who started it all is on his way to the starting position.

OnePlus Nord 2: with 5G and available in Europe and India 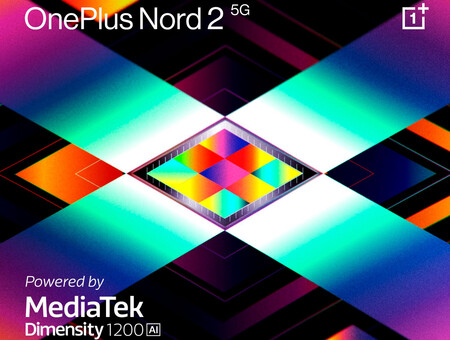 The launch is official and has already been communicated by OnePlus: on July 22, we will see a new phone of the brand, also your opinion for the “ambitious mid-range”. If the original OnePlus Nord was successful, with stocks depleted after its release, what will happen to the successor.

We still don’t know too many details about the OnePlus Nord 2, although some data has been leaked by the brand itself. It will include 5G, for example; it is not in vain that the mobile starts with this tag.

The OnePlus Nord 2 will equip a MediaTek Dimensity 1200. Th is SoC is of great power and versatility, it offers the aforementioned 5G and high level gaming performance. In addition, we had not seen it mounted on any phone at European level, it is excellent news that it officially arrives on the continent. And, according to OnePlus, MediaTek optimized the processor specifically for the phone

: remember that the brand recently presented this possibility for its highest range of chips, the aforementioned Dimensity 1200.

Failing to know the exterior design (surely similar to the original OnePlus Nord), camera specs and other hardware, it’s time to mark July 22 on the calendar. The mobile will be released at 4:00 p.m. in Europe. And you can aspire to get it for free if you enter the OnePlus competition.