Last week, OnePlus anticipated several launches of the Nord range. Among them, the first headphones in the range, the OnePlus Nord Buds, but also a new mobile phone like the OnePlus Nord 2T 5G or the already well-known OnePlus Nord CE 2 Lite 5G. This is precisely what we are talking about here, since officially landed in our country.

A device that, despite a slight change in RAM compared to the Indian version, still retains the rest of the features. Discover Qualcomm’s Snapdragon 695, its 5,000 mAh battery or its software based on Android 12. We review all its specifications in this post.

ONEPLUS NORD, ANALYZE the QUALITY-PRICE that we lacked at OnePlus 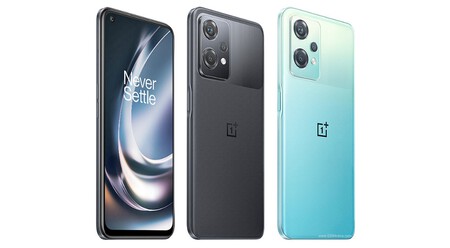 This new OnePlus Nord CE 2 Lite arrives in our country in blue and black (“Blue Tide” and “Black Twilight”). Of course, unlike the India version we already knew, this one is only offered in a memory combination of 6/128 GB (RAM and storage). As for dates, can be booked todayalthough its official release on the market will not take place before next Tuesday May 24.

A very balanced mid-range mobile in all its sections 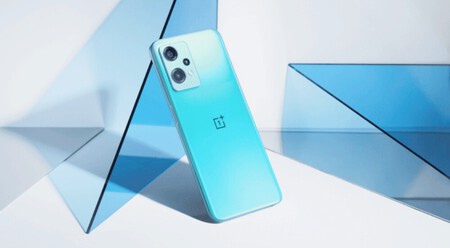 Regarding the screen, there is a 6.59 inch panel which compensates for its IPS technology by offering 120Hz refresh rate. We haven’t stopped seeing mid-range devices with similar refresh rates lately and it’s still worth mentioning because not too long ago this was a higher end functionality. This screen, by the way, also offers Full HD+ resolution and relies on a Adreno 619 graphics card from Qualcomm.

Inside it mounts the already mentioned processor Snapdragon 695 identical to what we have already seen in other recent terminals such as the Realme 9 5G. A chip that seems more than suitable for a mobile like this that claims to be average

. Regarding its RAM memory, there is a only 6 GB LPDDR4X type option which is accompanied by a ROM memory (storage) of 128 GB. 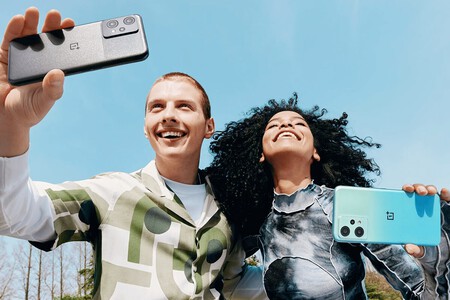 As far as autonomy is concerned, this device does not look bad by offering a 5000mAh battery with a capacity of 33W fast wired charging. As in other mid-range mobiles, it does not offer wireless charging. And regarding its charging speed offered by the aforementioned 33 W ones, we will have to see for real, since it does not look bad despite mobile phones with better specifications like this. Taking the Realme 9 4G as an example, which includes the same capacity and fast charging, we got a full 0-100% charge in an hour and a quarter.

If we talk about their photographic abilities, there are no great boasts, but nothing particularly reprehensible on paper either. For the front camera we see a 16-megapixel lens and on the rear we see a triple camera consisting of a 64-megapixel main camera accompanied by a 2-megapixel macro. The same resolution has its third lens designed to improve the bokeh effect of portraits.

Other aspects to highlight are the integration of a 3.5mm headphone jack which, fortunately, continues to maintain itself in these intermediate ranges at the same time as it disappears from the higher ones. Its software is also remarkable, as it rises Oxygenos 12.1OnePlus’ own personalization layer based on Android 12.

Geralt de Rivia confirms his arrival at the next-gen

How to Delete Dynamic Island Content from iPhone 14 Pro

Geralt de Rivia confirms his arrival at the next-gen