In an advertisement that could be considered a tease, Google showed the Pixel 6 and Pixel 6 Pro. Both models will launch in the fall, but those at Mountain View have decided to show off an appetizer of what they will bring. Its main novelty, judging by the statement, is the Google Tensor as the first clean processor on one of your mobiles.

Rick Osterloh, head of hardware at Google, sat down with The Verge to talk about the new Pixel 6. And it emerged from the conversation that this time around aspire to compete with the premium range of smartphones. This translates to Samsung and Apple, although we know from the demos that they refer to the iPhone. Google wants to compete with the You-to-You iPhone after more than eleven years since the launch of the Nexus and fifteen generations of smartphones later. This time for real. Good.

Everything for the Tensor chip

The screen of the two models is one of the differences from the previous models. The Pixel 6 Pro will sport a 6.7-inch QHD + display and 120Hz of refresh, while the Pixel 6 will have a 6.4-inch FHD + display and 90Hz of refresh. Three camera sensors complete the proposal, with the four-fold folded telephoto lens exclusive to the top-of-the-range model.

But what really put Google of this generation in this advance of the Pixel 6 is its Tensor chip. It’s an SoC, a system on chip What houses more than just a processor. Like Apple, it brings together several components in one place to be more efficient.

In the case of the Tensor of the next Pixel 6, it will integrate a TPU for artificial intelligence operations, a Titan M2 chip for security, CPU, GPU and 5G modem. On these last three, Google did not give more information. The highlight is that TPU, an evolution of the processor that he introduced in 2016 to make the big leap to Machine Learning on his servers, but designed for mobile.

The Tensor chip is the big novelty of this team, because finally Google puts its own processor in a smartphone

Translated into everyday use, the Tensor chip will have several practical applications. In one of them, the photography of moving subjects is enhanced. In another, it is improved the quality of videos taken in difficult situations, an aspect which was traditionally the weak point of the Pixels. The rest is related to real-time translation and near-instant dictation. These functions are performed on the device without resorting to the cloud.

“This time it will be different”, after fifteen previous attempts 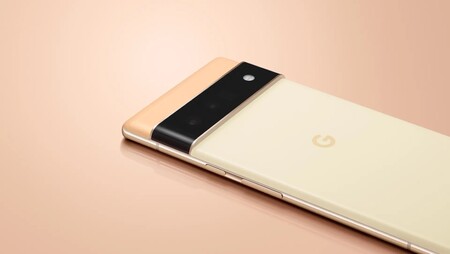 Clearly we haven’t been in the premium range for the past two years, this time it will be different. [Los Pixel 6] these will be products with a premium price.

With these words, Osterloh makes it clear that the two models will fight in the premium line of smartphones. In other words, its price will be around $ 1,000, the barrier that Samsung and Apple crossed with their phones years ago. However, the history of Google’s smartphones does not invite optimism.

Over the years, Google has unveiled up to fifteen generations of smartphones. Since the Nexus One landed in 2010, the search engine company launched model after model, sometimes several in the same year, up to a total of eight. The Nexuses were buried in 2015, so by 2016 there would be room for all seven Pixel models we’ve seen so far.

The Pixel 6’s SoC Tensor has a lot of unknowns, such as its CPU and GPU cores, as well as the manufacturer behind its production.

The drop in sales of the Pixel, as well as its meager market share of around 2% in North America (its home market) does not invite optimism either. Incorporate a new processor, raising the price and aiming for consumers to identify it as a premium terminal ignores several points.

Between them, a very poor distribution which suffers not only from a lack of key markets, but also from a presence in retailers and phone stores. A lame ecosystem and unconsolidated proposition rounds out the problems of a lineup that almost unanimously positive reviews in tech media have failed to remedy.

Osterloh is convinced that this time is different. The truth is that there are many doubts that this will happen a radical change of trend with the Pixel 6.

The summer of Dead by Daylight continues with Tome VIII, new graphical updates, and more