All smartphones have cameras for making video recordings, although they cannot only be done with the hardware of the phone: there is the possibility of using external cameras. Models like the Sony ZV-E10 have this option enabled as standard: just connect it to an Android via USB C to expand the multimedia capabilities of the phone.

USB charging ports are not only used for this because, thanks to options like OTG, they can become a data transfer port. And since the streaming image and audio are data, it is possible to connect to android from webcams to professional cameras

. In general, it is imperative that these devices comply with UVC (USB Video Class) standards. And they can greatly expand photographic and video recording capabilities. 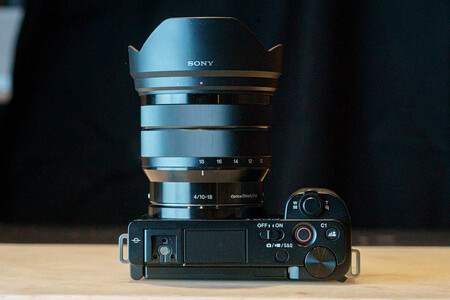 Our colleagues from Xataka Foto analyze the latest Sony camera for the public who need good equipment for video recordings: The Sony ZV-E10 does not defend itself badly in the recordings, nor in the photos. And, as they pointed out in the analysis, the manufacturer puts forward the possibility of connecting the camera to a phone to serve as another media capture device.

As Sony points out in the functionality of the camera, “The ZV-E10 can also be used as a high-quality webcam or live streaming camera by simply connecting it to a PC or smartphone for greater mobility while streaming without the need for additional software.

“This feature is not unique to this camera, like the previous model, the Sony ZV-1. And no additional software needed on Android; As long as the phone supports UVC / UAC through the USB C port.

After connecting the Sony ZV-E1 to the mobile phone, it can be used to transmit audio and video in 4K quality and with all the quality provided by a professional camera with APS-C sensor

. This function increases the quality of the image and the sound, makes it possible to improve the live of Instagram or to offer more professional TikTok videos. Ultimately: improves the capture capabilities of the phone without losing the facility it grants to distribute or process the content; always without losing sight of the transmitted image since it appears on the telephone screen.

Direct use of a professional camera on Android is not common, although there are apps that offer this option on phones (as long as they are UVC compliant). The USB camera is an example, it should work on most cameras offered with webcam support. Video capture can even be used to convert the HDMI signal to USB.

Check Out This New Gameplay From Eastward, A Post-Apocalyptic Pixel Art Zelda-Like

Check Out This New Gameplay From Eastward, A Post-Apocalyptic Pixel Art Zelda-Like