With him Epic Games’ lawsuit against Apple and its App Store has already endedIt’s time to ask yourself what the meaning of the sentence might be. While it is risky to predict the outcome of a complex essay like this, we have seen several points around which the main arguments revolve. It is on them that much of the final decision made by Judge Yvonne Gonzalez Rogers will fall.

Aspects to consider in the lawsuit between Epic and Apple

What is a monopoly 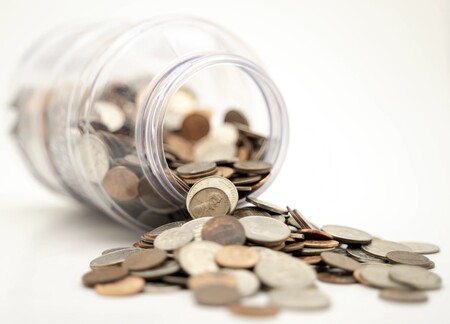 Monopoly is a market structure where there is a single supplier of a certain good or service, i.e. a single firm dominates the entire supply market.

When there is a monopoly in a market, there is only one company capable of offering a product or service that has no close substitutes. In this way, consumers who wish to acquire the good can only turn to the monopolist and must accept the conditions that this imposes.

The word monopoly is frequently mentioned as applied to situations that are not. For this reason, it is useful to go back to the root of its meaning and distinguish between monopoly situations and those which are not. For a monopoly to exist, we must take into account that the following conditions must be met:

A monopoly is considered “bad” because the price of its product is higher than the equilibrium price if there were other suppliers. That is to say, the consumer is harmed by the price and the shortage of supply. One of the keys in the case of Epic vs. the App Store is how we define the market.

What is the market for the App Store and Epic

Epic wants to restrict the market definition to iOS only, saying that if you want to buy or download an app on this platform, You can only access the App Store. Apple, for its part, argues that this is a very limited definition, as there are substitutes from Android manufacturers, and in the case of games we have video consoles from Nintendo, Microsoft, and Sony, as well as the PC platform and the Web. . Epic itself claims that revenue from Fortnite, a cross-platform game, from iOS is only a tiny fraction of the total. 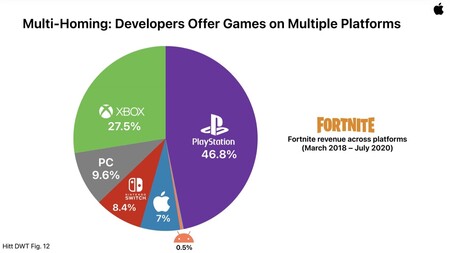 Breakdown of Fortnite revenue by platform. iOS only generates 7% of the total.

Of course, the more we restrict a market, the more likely we are to view it as a monopoly. We can put for example transport within a city. Yes a scooter company is the only one operating in an areaDo you have a monopoly on it? It will depend on whether we consider other means of transport as substitutes, such as bus, metro, taxi, private car and even walking.

But if we add the airplane or the bullet train, maybe the market definition is too broad and doesn’t serve us because it’s too broad. The key at this point lies in Judge Yvonne Gonzalez Rogers’ interpretation of the market.

Having power is not the same as exercising it 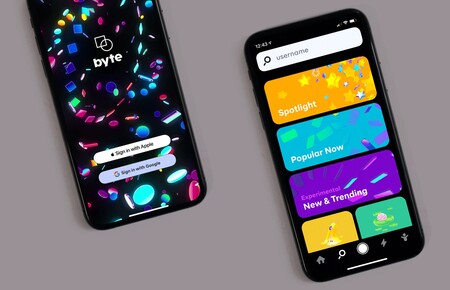 Time and time again we hear how Apple has the power to increase the commission of the App Store at any time if you wish. However, having the power to do something is not the same as exercising it. This was one of the reasons the case of Blix, a developer of messaging apps, was dismissed.

In a trial, concrete facts and actions are judged, not hypotheses. Epic used its removal from the App Store as the fact that it supposedly demonstrates the arbitrariness of Apple’s decisions. In case instruction, the judge herself has already told Epic Games that its removal from the App Store was the result of the developer’s actions, in breaking Apple’s rules. In addition, the magistrate declared that “ self-inflicted injuries [de Epic] it is not irreparable damage ”because they could come back to it by removing the button which caused their expulsion.

What happens to the benefits of the App Store 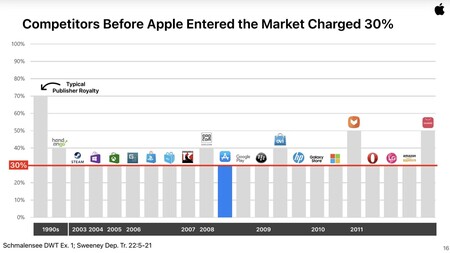 Commission charged by digital stores before and after the App Store.

were the supposed advantages of the App Store. If the profit is very high, we would be faced with a company that takes advantage of its situation as the only bidder. When the judge had Tim Cook as a witness and questioned him several times on the matter, the CEO of Apple responded that his company did not calculate operating margins by product.

When we look at Apple’s financial results, the company discloses the number of lines such as iPhone, Mac, or services (which includes the App Store). It also discloses the operating margin and overall profit of the company. But this does not cover all product lines with your own profit and loss account, so it is impossible to know how much margin or profit they generate separately.

Apple’s argument is that costs and investments cannot be shared out as with global profits. High integration between products, services, equipment and R&D efforts makes the distinction impossible.

For Epic, not getting a number (even though it appealed to an expert who claimed the App Store made 78% profit) was a blow to their case. The more the App Store is separated from iOS or iPhone, easier would be to apply your idea of ​​alternative app stores. The absence of this number in Cook’s statement undermines the argument.

Measures anti-direction from the App Store 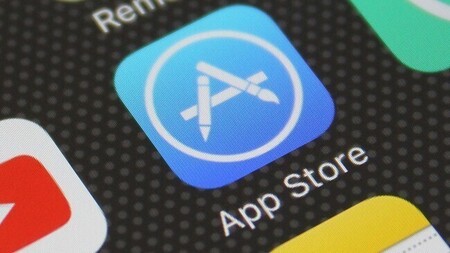 Northern California District Magistrate Slammed The Measures anti-direction from the App Store. In other words, the impossibility that developers could communicate or create links with users of other means of payment for their applications.

Apple has tried to compare it to the fact that other physical stores do not allow a certain product to be advertised as cheaper in another store. The judge did not accept the comparison, despite previous case law. And he came up with a solution for the App Store where precisely this type of communication was allowed.

The three possible outcomes of the App Store trial 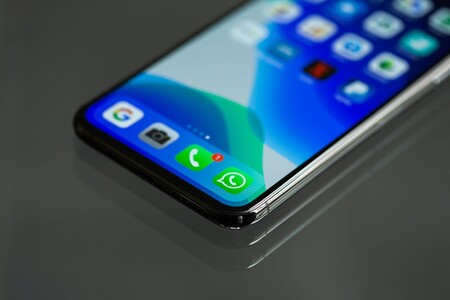 Already in the final session of the trial last Monday, Judge Gonzalez Rogers told Epic that there was no precedent for the solution they were calling for. In other words, no similar verdict has been rendered. a trial and its subsequent appeal. And the magistrate does not seem inclined to get involved in the way a company should manage its economic model. Giving Epic Games the power to open its own app stores in iOS would therefore be out of the question.

But that doesn’t mean there aren’t other alternatives on the table. According to the judge’s argument, the most profitable for Apple would be that they gave him the reason and that the court did not see any offenses, monopoly or other anti-competitive practices. It would be the outcome of the lawsuit if the arguments provided by Epic were not sufficient, as has happened on certain occasions.

The second alternative would be to impose the solution that the judge has already proposed: offer developers the possibility of communicating and linking other payment options within the application itself (by removing the rules anti-direction from the App Store). Initially, Epic agreed that this would partially satisfy their claims, but not entirely. For its part, Apple objected because it would seriously harm its digital store and the user experience, although the magistrate was not convinced by his answer.

The option of open this type of communication this is the one that seems to have the most weight over the rest of the options. Of course, we should not rule out a possible out-of-court settlement between the two parties. This is not unreasonable, because during the lawsuit with Qualcomm there was also a similar situation that ended in a deal. With one significant difference: the trial never started.

Now that the judge has stepped down to study the case and deliver a verdict, the deal could come to fruition. As long as Epic and Apple reach a meeting point which, for the moment, seems difficult. Otherwise, the verdict would be the only solution, which will not come for a few months.