These are the most downloaded apps from Google Play in 2021

The year is ending and it’s time to look back and see what 2021 has left us. One way to remember how we use our smartphones over the year is to review most downloaded applications on Google Play throughout the year.

Google doesn’t give the data, but luckily we have the rankings twice, compiled by both SensorTower and Apptopia. Different sources but almost the same list as includes many familiar faces and some surprises.

Most downloaded apps of 2021

Some things never change, like download tops from app stores. The top positions have been reserved for years for heavyweights such as WhatsApp or Facebook, which is evident in the compilation of most downloaded applications in the world compiled by apptopia. This list unifies downloads of the same application on iOS and Android.

In this list, first place is for TikTok with 656 million downloads, the short video app which also took the top spot in estimated revenue for 2021. The following positions are for the Meta troupe: Instagram, Facebook and WhatsApp. Communication continues to monopolize positions with Telegram, Snapchat, Zoom and Messenger, to end the list with the video editor of TikTok, CupCut and Spotify. 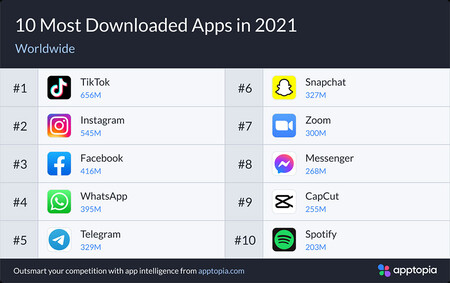 If we take as a reference the SensorTower data, we have practically the same list, with some small modifications of positions. Again TikTok in position number one, with all Meta apps in the following positions (Facebook, Instagram, WhatsApp and Messenger).

Telegram moved up to seventh, followed by Snapchat and Zoom, and a few bottom spots again led by CapCut and Spotify. In Sensor Tower we can see the Google Play download rank instead of handset, where the first position is for Facebook and we have WhatsApp Business in ninth position. 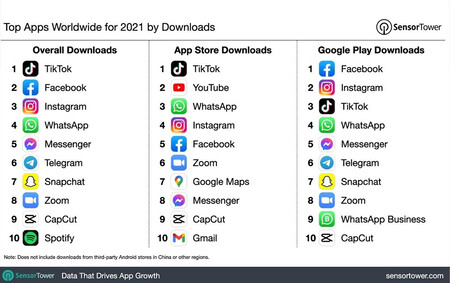 Taking both lists into account, we can get a pretty rough idea of ​​the most downloaded apps on Google Play in 2021. The Top 10 would be something like this: 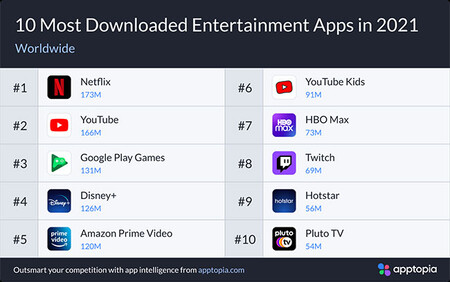 Apptopia gives us a bit more detail, breaking down the data for the most downloaded apps of the year into specific categories. In the entertainment categoryNetflix takes first place with 173 million downloads and is closely followed by YouTube. Interestingly, the third place is for Google Play Games. Here are the Top 10 entertainment: 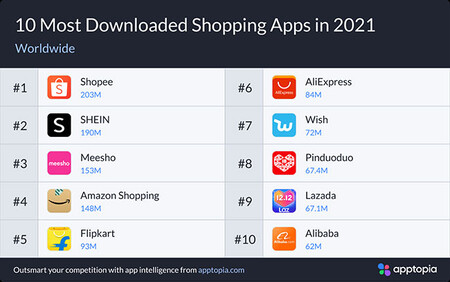 In the purchase category, we see Shopee rise to the first place after a year 2021 marked by an aggressive expansion of this store Made in singapore, followed by Shein. Remember that these lists are based on the number of downloads worldwide, worldwide. 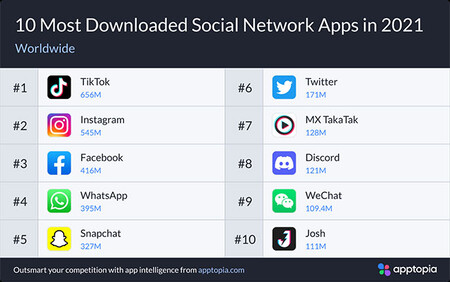 the social apps They captured the vast majority of the world’s top 10, so again we see almost the same faces in the social apps category. Mind you, with some little known names like Josh who is a TikTok clone from India. 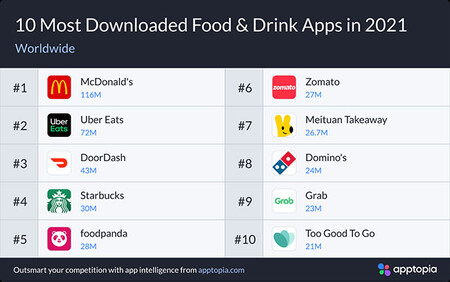 The list of the most downloaded food apps of the year It is mainly run by chains such as McDonalds or Starbucks, with a strong international presence, as well as food delivery services such as Uber Eats or DoorDash. Here are the Top 10: 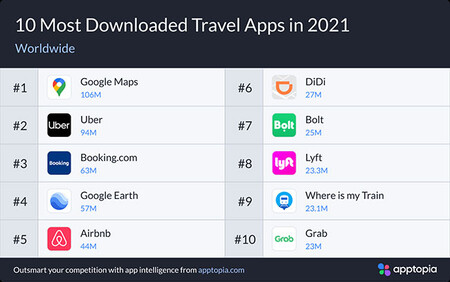 2021 hasn’t exactly been a great year for travel, but despite everything, apps like Airbnb have managed to add 44 million downloads. here are the travel and transportation apps most downloaded according to Apptopia: 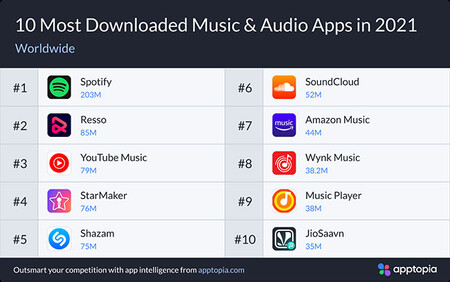 If we talk about music and audio applications, Spotify wins the distinction with around 203 million downloads for the entire year. The second place is for Resso, an application focused on creating content with song lyrics. 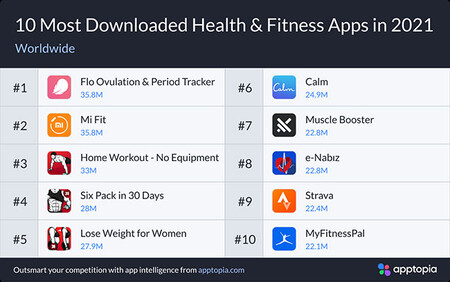 In the list of health apps most downloaded of the year, we have a technical link in the first two positions for Flo Ovulation & Period Tracker and Mi Fit, the management application for the Mi Band and similar devices. 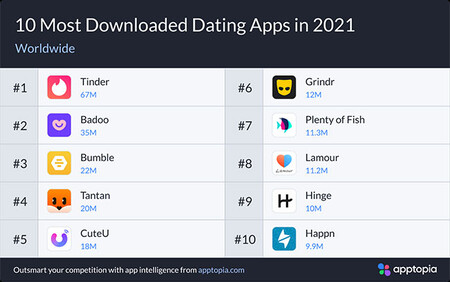 We continue with the dating apps, a category in which Tinder and its 67 million downloads doubled to second place on Badoo. The following positions are for Bumble, Tantan, CuteU, and Grindr. 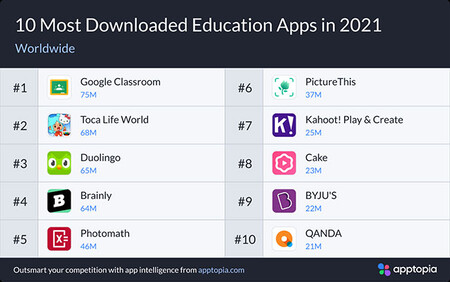 the educational apps They have been particularly important since the start of the pandemic, and the proof is that the top four positions in the ranking exceed 50 million downloads. Here are the Top 10: 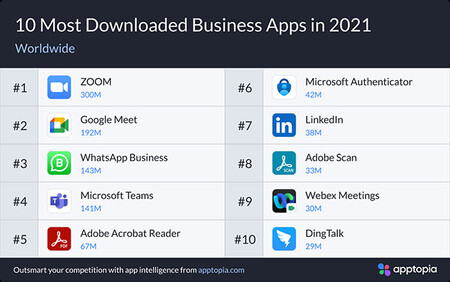 Finally, we have the category of Commercial applications, also particularly important in this period when teleworking has spread in many sectors. According to Apptopia, Zoom received no less than 300 downloads in 2021.